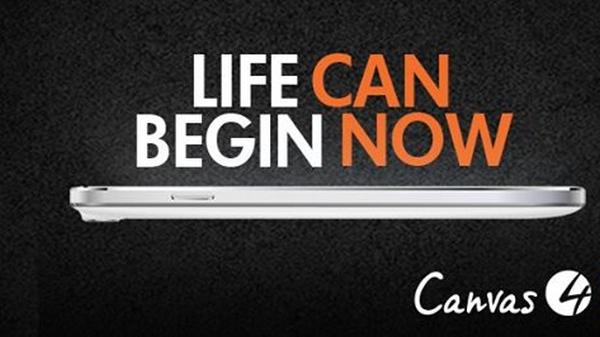 With many smartphone launches that we now see we get to hear about numerous specs leading up to the event that can turn out to be accurate, but with the Micromax Canvas 4 we have been seeing a number of teases released by the company, and the device and its details including price have now been officially unveiled that disappoints many potential owners of the handset.

The company has finally unveiled the Micromax Canvas 4 at a launch event that has been dragging on for ages, and has come under a lot of criticism from many watchers on the company’s official Facebook Page.

It was revealed by the company that it took a total of 11,500 pre-bookings for the device with 4,000 made inside the first 24 hours and was with none of the specs or pricing officially known, but it has disappointed many that have seen the specs that include a 5-inch HD IPS display where many were hoping for a Full HD display.

The Micromax Canvas 4 is priced at Rs. 17,999 and will be available from this weekend, and other specifications of the device include a 1.2GHz quad core processor with 1GB of RAM. Camera wise there is a 13-meagpixel rear facing shooter along with a 5-megapixel front facer. There is 16GB of onboard storage that is expandable by a further 32GB via microSD card, and it will be running the Android 4.2.1 Jelly Bean operating system.

A number of features were showcased at the event that included being able to unlock the handset by blowing at it and two videos can be played on the device at the same time. The main camera has a five lens setup along with optical image stabilisation that is capable of 1080p video capture.

The smartphone is built from anodized aluminium that will give the device a premium feel and you even get a free flip cover in the box, and the handset also features gesture controls similar to the Samsung Galaxy S4 for watching videos or other options.

To find out more click here and tell us what you think of the Micromax Canvas 4.