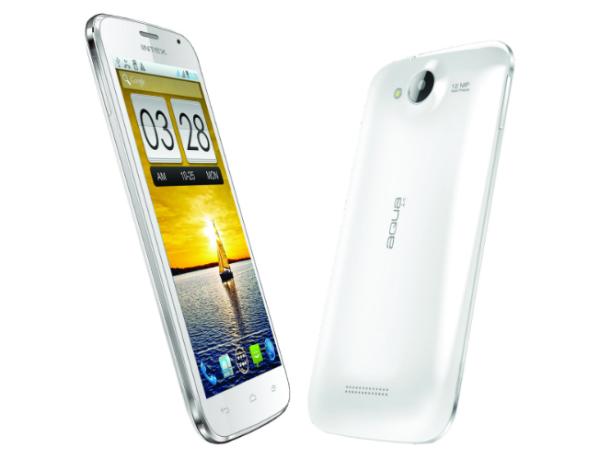 With more smartphones gaining displays of around the 5-inch mark has led to the devices being used for gaming even more. The Intex Aqua i5 was recently launched in India and today we have a review along with some benchmarks and gameplay visualized in some videos.

The device features a 5-inch 960 x 540 resolution display that uses a quad core 1.2GHz MediaTek MT6589 processor running on the Android 4.2.2. Jelly Bean operating system, and the first video we have for you below features the device running the Asphalt 7 racing game.

It takes a while for the game to load up but when it does the graphics and animation look pretty good, and the video runs for almost six minutes with the reviewer just concentrating playing the game.

Next up is another video that is looking at gaming on the device after using a number of different titles on the device that ranged from more simple games such as Temple Run 2, through to more high end offerings. The handset coped pretty well although some titles lacked some of the detailing that would be found on higher spec devices.

The next video is looking at the cameras on the device that are a 12-megapixel unit on the back paired with a 2-megapxixel front facer. This video is again almost six minutes long and shows all the features of the camera app before revealing some of the results in various lighting conditions, which we won’t spoil for you.

We then move on to another video that has the handset undergoing some benchmark testing, which has been speeded up in certain parts to get to those all important results. The final video in the collection has the handset running the Need for Speed: Most Wanted game, and again the graphics are quite good with no serious lag experienced with the handset.

Check out all the videos and tell us what you think about the Intex Aqua i5.