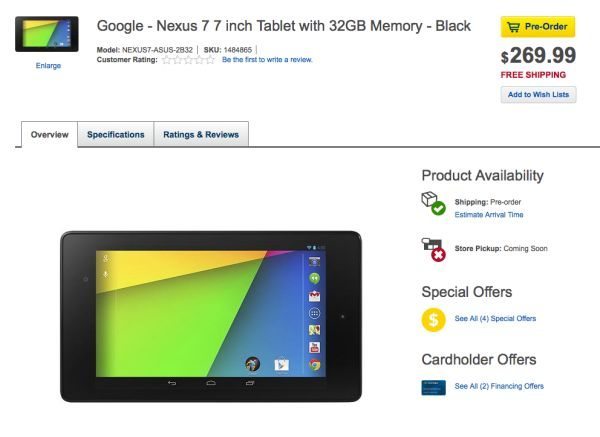 The next generation Asus tablet known as the Nexus 7 2 has popped up online for pre-order with price details over at Best Buy and Sams Club, there is hope now that this tablet will be unveiled tonight at the Google event kicking off at 5pm UK time.

This tablet will also come with pre-installed apps including Gmail, Google Maps, Google Search by Voice 2.1, YouTube, Android Market, Google Street View, Google Talk and many more. Sorry for the short news article, we will reveal more a little later after the Google event.

Will you be pre-ordering the Nexus 7 2 today via Best Buy?