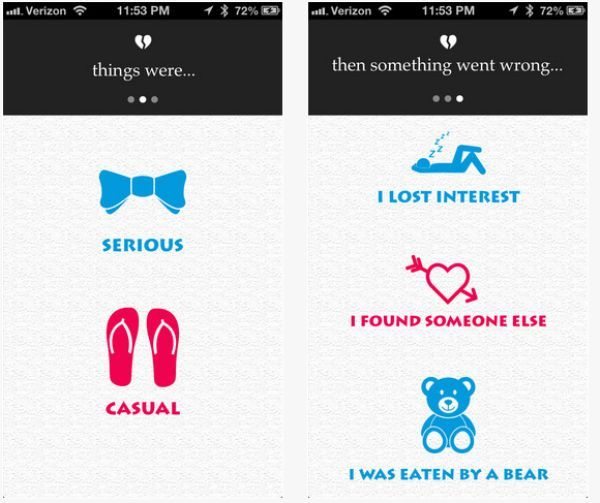 Relationships can go two ways in life, they either work or they don’t! But what if you are in a relationship that is not really working for you, would you break up with that person face-to-face or are you the type that will end it with a text message? Say hello to the new extreme Break Up Text app, we have seen it all now.

The 99-cent BreakupText app was released on July 27 by developer Jake Levine; this app was designed for those who wish to end a relationship.

There are many people in this world that would like to split up with their partner but do not have the heart to do it face-to-face, so they decide to pick up their mobile phone to end it with a text message but then get stumped in what to write. 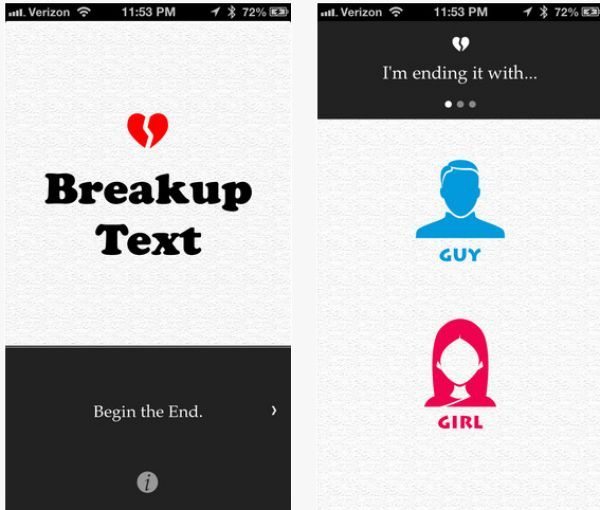 If you are that person above then this is where the new BreakupText iPhone app comes into play, once you have installed this application you just need to look at the selections and the app will find the best words to send to break up with that person. The app gives you the option if you are in a casual or serious relationship, personally we think it is heartless breaking up by sending a text message but hey, everyone to their own.

Phones Review purchased the app and tried it out yes the person we sent the text message to was notified we were testing it out. We followed the on-screen instructions, we tapped on serious relationship and then said we lost interest, once this was done the text message said this — we have called the person xxxx, you do have to pick a contact phone number – anyway here is the message:

To xxxx, I know you expected to make it to our next anniversary. Maybe beyond, who knows? There was that one night we named our maybe-babies. That was cute. You’re cute. But it’s over between us. We’ve drifted apart. It’s not just your impotency, it really isn’t. And no, this isn’t about that girl at work. It’s us. Ever hear the song Cape Canaveral by Conor Oberst? Of course you haven’t, that was one of our issues. Anyways, we’re like that. A poltergeist love. And I need an exorcism.

Would you use the new Break Up Text app to end a relationship?