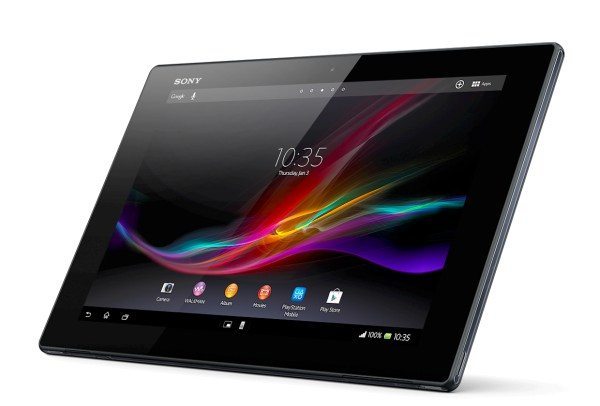 We always try to keep readers informed about new updates for their smartphones and tablets, and today it’s the turn of the Sony Xperia Tablet Z. This tablet is currently running Android 4.1, but the new 4.2.2 update for the Xperia Tablet Z has now begun rolling out, and this should please many owners with this device.

We’ve already seen 4.2.2 Jelly Bean arrive for the Sony Xperia ZR and now the same update is rolling out to the LTE variant of the Xperia Tablet Z (SPG321). This update is the same firmware build (10.3.1.A.0.244) that has been made available to the Xperia Z and ZL as well as the ZR.

The update only looks to be coming to the LTE version, at least initially, with the Wi-Fi versions of the tablet (SGP311 and SGP312) to follow. However, the fact that 4.2.2 is now rolling out to the LTE model means that other models of the Xperia Tablet Z should be treated to the update very soon.

Changes with Android 4.2.2 include UI tweaks, for example you’ll now see the notification bar at the top with the virtual buttons centered. There’s also a change in line with Xperia smartphones, as the update brings a pull-down quick settings feature.

We’d really like to hear from readers with the Sony Xperia Tablet Z LTE, as it’s always good to be able to share just how widespread the rollout is. Bear in mind that as often happens with OS updates, they can take several weeks to roll out. We’d also like to know when the Android 4.2.2 update starts to hit the Wi-Fi versions of the Tablet Z. Has your Xperia Tablet Z received this update yet?