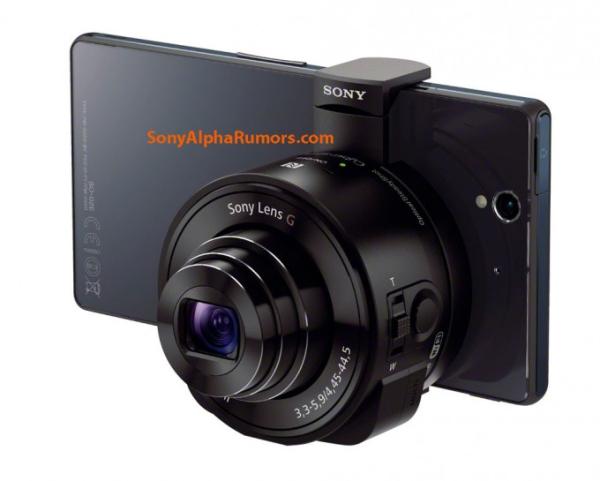 Many recent smartphones now have really good cameras supplied with them that has seen the point and shoot camera market beginning to drop away. While manufacturers try and outdo each other with new technology it seems that accessories are the next big thing, and today we have news of the Sony DSC-QX10 and DSC-QX100 camera lenses for smartphones.

Sony are rumoured to be hard at work on a camera phone that has some pretty good specs with regards to the lens and sensor, but it seems the company are set to provide some lens add-ons that can be attached to existing devices.

They are being called the DSC-QX10 and DSC-QX100 and the two products are said to have most of the camera tech built into them such as sensor, processor, SD card port, NFC, and Wi-Fi. These will be attached to the handset and will use Wi-Fi to connect.

This will allow users to use the phone as a viewfinder and the devices are claimed to support both Android and iOS, so should mean that the camera add-ons will work with a handset that is not made by Sony.

The highest spec model is claimed to use the sensor that is found in the Sony RX100 MK 2 as well as a Zeiss lens, while the cheaper model will feature a 1/2.3-inch 18-megapixel sensor and an f/3.3-5.9 Sony G lens with 10X optical zoom.