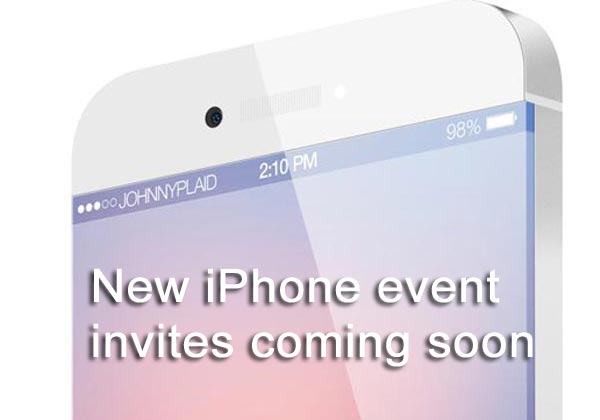 One pattern that hasn’t changed with Apple for years is when they release their event invites for press conferences. For the upcoming new iPhone 5S, 6 or 5C event this will be around one week before the date just like we’ve seen for the last few years. The current rumor for this event is September 10, but expect this to be a launch pad for iPhone 5C and iPhone 6 or 5S although a release date will be a couple of weeks later.

It should be noted that Apple hasn’t confirmed this date for their 2013 iPhone event, and instead it arrives as speculation from some of the most reliable insiders. AllThingsD, a very reliable source, first confirmed the launch event then this date was given some quick confirmation by Jim Dalrymple who is known to get it right in most cases.

We reported a couple of dates being suggested by other sources at the end of July, although these were both before and after September 10. The first was discredited and the second held a lot of weight, although it now seems almost certain that the iPhone 6 / 5S and 5C launch event will be held in 24 days time.

If the event is planned for this date, then you will see Apple send out event invitations no later than Thursday, September 3rd. There is more chance of this happening late on Wednesday, September 2nd considering an 8-day gap was provided previously. 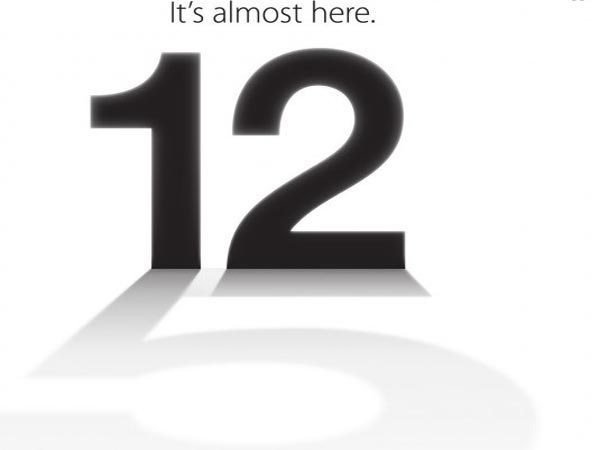 You can see the iPhone 5 event invite in the image above that revealed a shadow of the number 5. Feel free to leave a comment with your ideas for the iPhone 6, 5S or 5C invitation. It should be clear we keep saying iPhone 6 or 5S as either one of these names could still be used, although the majority of blogs expect a 5S to be revealed. Apple is also expected to reveal a cheaper iPhone and this could come with the 5C name, but we wouldn’t expect “C” to stand for cheap, as this is not the way Apple likes to promote its products even if they have a cheaper price tag.

Will you skip iPhone 5S if the release date arrives without a major revamp? The very idea of a 5S model is hated by some people, and these shoppers would prefer to see an iPhone 5C launch with a cheaper price point along with a new iPhone 6 with better specs, in metal and featuring a complete redesign.

The good news is that we have just over 2 weeks until the invites should be sent to press and bloggers, so be ready for clues to land within the graphics of these event invitations.

Our personal favorite for the new iPhone in 2013 has to be a Graphene version with edge-to-edge display, although we still prefer the iPhone 6 and 5C combination rather than a 5S model. You can read more on the features of Graphene through the link in this paragraph.