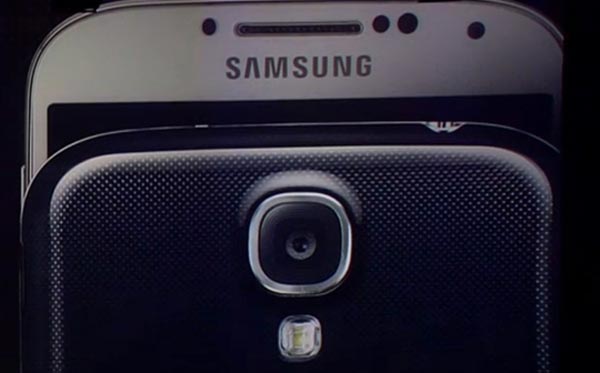 The Samsung Galaxy S5 release date will be around 7 months away with launch details a few weeks before this timeframe, so we wouldn’t expect too much in the way of rumored specs or features at this point. That being said, just like with the iPhone you would have heard rumors and wish lists the moment Galaxy S4 arrived.

Some details about the Samsung Galaxy S5 can be hinted at many months before a launch date arrives, and this is thanks to both patents and evidence of chips being mass-produced by Samsung. We saw this with processors for the Galaxy S4 and S3.

Samsung Galaxy S5 leap in memory and storage — we took a quick look at the importance of Galaxy S5 camera specs just over a week ago and this revealed some people caring more about software improvements than hardware. “Having high pixels is nice, but I would rather have better camera software”, said one Phones Review reader. Another hopes for, “a lossless zoom feature and great low light performance would be a nice addition for Samsung’s Galaxy S5”.

Today, we wanted to look at some signals pointing to improved Samsung Galaxy S5 memory and storage that is being hinted at many months before a release date.

Earlier this month we heard that Samsung had started to mass-produce its next-gen storage chip, which would deliver storage capacity at around 384GB thanks to a 3D vertical NAND. In a nutshell, Samsung’s Galaxy S5 could include 24 16GB chips stacked in layers, although the major advancement is making the overall thickness of all these stacked chips a little thicker than the current storage chips.

Not only could we see a 3D V-NAND storage process in the Samsung Galaxy S5, but also at least 3GB of RAM. Around the same time as the above production rumors, we also hear that Samsung is producing 3GB DDR3 memory in mass production. In some cases memory is more important that processor speed, especially if you have a very fast CPU already and want to improve multitasking with apps.

The new 3GB RAM is using six 20nm chips. It could be possible to see this memory used in the Galaxy Note 3 but it will be used at least in this size for their next-generation Galaxy S5 considering the launch date is around 6-7 months away.

What would be your ideal Samsung Galaxy S5 memory and storage? Leave a comment below with your thoughts.

8 thoughts on “Samsung Galaxy S5 leap in memory and storage”