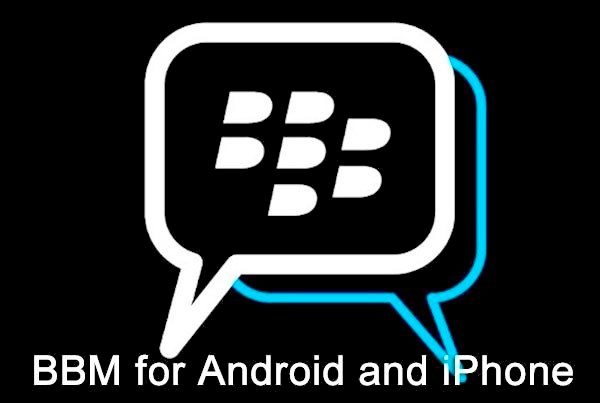 It seems an age ago that BlackBerry announced that its BlackBerry Messenger service was going cross-platform with the launch of a BBM app for Android and iPhone. We’re still waiting for the apps to appear but it’s becoming clear that the BBM release for Android and iOS has been mistimed.

BBM was a huge force in messaging services when it first launched and created a unique niche at that time, but there are now a vast amount of other messaging services and apps available that have encroached on this market such as WeChat and WhatsApp.

We’ve been following the developments of the BBM apps for Android and iOS with interest and have noted several times that BBM for these platforms could simply be too late. This has been further reinforced with news about waning interest in BBM.

We’ve found that our BBM posts still create plenty of interest amongst our readers, but generally the signs are not promising for BBM when looking at Google search interest. There is now 95 times as much volume on Google search for WhatsApp as BBM, but what should be of even more concern for BlackBerry is the rise of second-shelf apps.

Kik ad Viber are definite B-listers when it comes to messaging apps but are still spawning huge growths in search volume. Despite their lowlier place among messaging apps they are still producing 10 times as much search interest as BBM, and that cannot be a good indicator for BBM on Android and iOS.

We have constantly noted that BlackBerry should have gone cross-platform years ago, and now those at BlackBerry must be kicking themselves at a missed opportunity. Both Viber and Kik only started to forge ahead in late 2011, which clearly illustrates how much better it would have been if BBM had been released for Android and iOS at a much earlier stage.

The release of the Android and iOS BBM apps two years ago would have given BlackBerry Messenger a much better chance of maintaining its position in the market, but now it will be fighting an uphill battle.

It’s reported that messaging apps such as LINE, WeChat and WhatsApp now have the opportunity to achieve user bases of around half a billion users within the next two years and that could be a bitter pill for BlackBerry to swallow.

Despite the fact that we are still seeing plenty of media interest in BBM for iOS and Android, search volumes for “BlackBerry Messenger” have been trending flat or down since August 2010. Those at BlackBerry must at least be wondering why they didn’t make more of an attempt to go cross-platform many moons ago.

The Android and iOS BBM apps are due to release at any time and do look closer to release. First we heard that the BBM for iOS app has already been submitted to Apple for approval on the App Store, and then yesterday we told of a public viewing of the apps.

What are your thoughts on this BBM saga? Are you one of those still waiting for the BBM for Android and iOS apps to release? Do you think BlackBerry will rue a golden opportunity being missed because it didn’t launch the apps earlier? Let us know by sending your comments.

17 thoughts on “BBM release for Android and iOS mistimed”