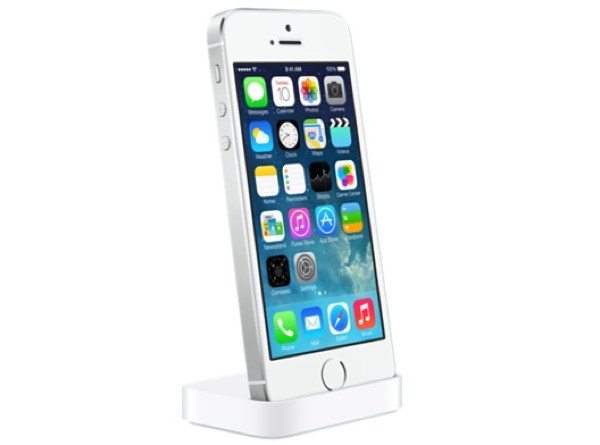 We’ve already taken a look at the official Apple cases for the iPhone 5S and 5C so you may want to take a look at that article via the link. Many of us will be purchasing new accessories for our shiny new handsets, and docking stations are another option.

The new iPhone 5S and iPhone 5C both have a docking station accessory. They are both priced at $29 and will be available on the same release date as the phones, September 20. The iPhone 5S dock can also be used with the iPhone 5.

The iPhone 5S dock enables users to sit the phone upright when it syncs or charges, and has an audio line out port to connect to powered speakers or stereo. Some other iPhone accessories are also supported such as the Lightning to USB cable, and you can also handle speakerphone calls while the iPhone is in the dock.

The iPhone 5C dock looks virtually identical, with a clean white minimalistic design, and it offers the same benefits as the dock for the iPhone 5S. Head to an Apple retail store for this accessory from September 20th. You can see more at the Apple product pages, iPhone 5S dock here, iPhone 5C dock here.

We’ve already posted several articles about the iPhone 5S and iPhone 5C so if you want to see more on the handsets themselves, check the articles at the links. Will you be purchasing a docking station for the iPhone 5S or 5C? Let us know with your comments.