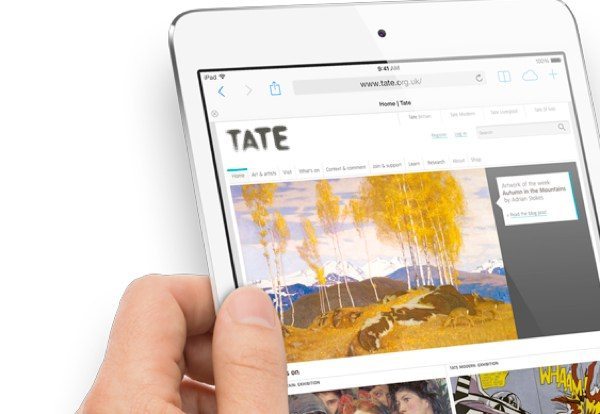 There’s a lot of interest surrounding the iPad 5 and iPad mini 2, especially now that the new iPhones have finally been announced. Attention has turned to what the new iPads might offer in the way of new specs and features, and we can glean some iPad 5 and mini 2 upgrade hints from the iPhone 5S.

A few days ago we wondered about the possibility of a 64-bit chip for the iPad 5 and Mini 2, after the new 64-bit A7 processor was included for the iPhone 5S. However, there are a few other indicators from the specs of the iPhone 5S that are now conceivable for the next Apple iPads.

We’ve seen plenty of leaked images of parts and casings for the new iPads, but not so much on the internals of the tablets. Some of the longest-standing rumors though regard an improved Retina display for the iPad 5, and the iPad mini 2 featuring a Retina display that was lacking on the original iPad mini.

Displays aside though, what inclusions might be inferred from the iPhone 5S? One idea is that the iPad 5 or Mini 2 (possibly both) might pack the new M7 chip that arrived with the iPhone 5S.

This chip is intended to pair with future fitness-tracking apps, and so it’s easy to assume that this would not be relevant for iPads that you’re less likely to be exercising with. However, Cnet points out that the M7 chip could be “contextually aware” so that for example it could have a hands-free mode, so it remains a conceivable addition to the new iPads.

The likelihood of better cameras for the next iPads is very feasible as the cameras in iPads have gradually been improved from one version to the next. However, the cameras of the iPhone 5 and now the iPhone 5S still outshine those in the iPads.

Battery life is also an area with room for improvement. If this can’t be improved for the next iPads, Apple should at least be aiming to maintain the existing battery life of the iPad 5 and mini 2. The iPhone 5S had just a mild battery life improvement and the challenge for Apple will be to sustain current battery life in the iPads considering the possible new specs.

When devices are made more powerful with a faster performance, this can have a detrimental effect on battery life. As the iPad 5 is said to have a reduced overall size and will be lighter than the iPad 4, this should mean that battery life can be preserved, even with more powerful specs. Similarly a Retina display arrival for the iPad mini 2 would be likely to reduce battery life, but Apple will want to at least keep it at current levels.

Finally we have to remember the new fingerprint sensor Home button of the iPhone 5S. This has been promoted as a big deal for the new premium version but didn’t arrive for the iPhone 5C. If Apple now intends to bring a fingerprint scanner to the iPad, it seems more likely that it would make it to the iPad 5 rather than the mini version.

These are all options for the next iPads that are suggested from the iPhone 5S, but of course we can always hope that there may be some more groundbreaking inclusions that we haven’t yet thought of. We expect another Apple event to be held in the next month or two that will officially introduce the new iPads.

What are your thoughts on the likelihoods of any of the above coming to the new iPads? Is there one particular aspect that you’d like to see make it to the iPad 5 or iPad mini 2? Do you have your own ideas for new iPad offerings? Let us know with your comments.