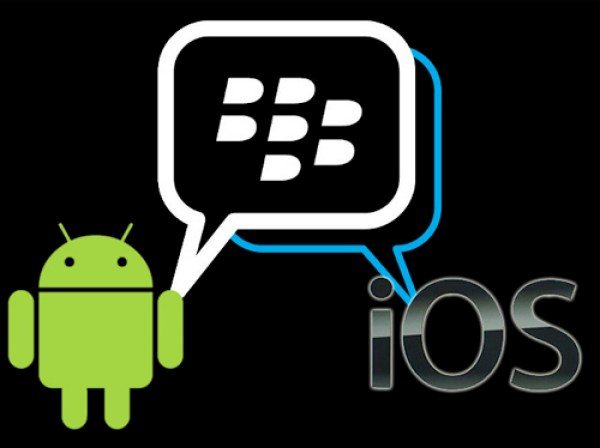 Two of the most awaited happenings in the smartphone world at present are the release of Apple’s iOS 7 and also the BBM for Android and iOS apps. So far the cross-platform BBM release dates for these apps has been elusive. Now one theory suggests that the iOS 7 public release will happen just before the BBM launch.

We know that iOS 7 will release to the public on September 18, and the new iPhone 5S and 5C will launch running the new operating system on September 20. That means there are now only two more days until we can get our hands on iOS 7 for existing compatible devices.

We also know that BlackBerry pledged that the iOS and Android apps for BlackBerry Messenger would arrive in the summer. There are only a few days left until the official end of summer, so we’re hoping to hear an official announcement very soon.

At the weekend we noticed the disparity between the heavy promotion of the Android BBM app by Samsung, and the non-existent promotion of the iOS BBM app on the part of Apple. However, Product Reviews has an interesting point to make about the arrival of BBM on iOS and the iOS 7 release.

It now seems likely that the BBM iPhone app may arrive either just after the public release of iOS 7 or possibly even at the same time. What better way for BlackBerry to plug the arrival of the app, than to time it with the new operating system arrival for many user’s devices?

When you think about it, this seems logical enough as BlackBerry would miss a real marketing opportunity if it releases BBM for iPhone before the arrival of iOS 7, rather than tying it in with the launch. BlackBerry may even have in mind that rather than tying in the release with iOS 7 on Wednesday, it may wait for the new iPhones to launch on Friday instead.

We know that many, many readers are getting pretty frustrated at the wait for the new BBM apps, as they are so eager to start using them. While Android users wouldn’t appreciate having to wait for their version of the app, it could be that BlackBerry wants to release both the Android and iOS apps at the same time.

Alternatively if BlackBerry isn’t too concerned with a simultaneous release of the apps, it could even be the case that the Android BBM app releases first, with the iPhone BBM app coming just after the iOS 7 release or the launch of the new iPhones. Uploading the Android version of BBM to Google Play can be done within a matter of hours, and the iOS BBM app was submitted for approval on the App Store several weeks ago.

In summary, while anything is possible we feel it’s now highly unlikely that the iOS BBM app will release before iOS 7 arrives to the public. That takes place on Wednesday so we could see the BBM app arrive for the platform shortly afterwards. The Android version though could arrive at any time now, although BlackBerry is still keeping inexplicably quiet on the matter.

What are your thoughts on the BBM iPhone app possibly following shortly behind the arrival of iOS 7 to the public? Maybe you’re waiting for the Android version of BBM and are hoping that BlackBerry will release this first?