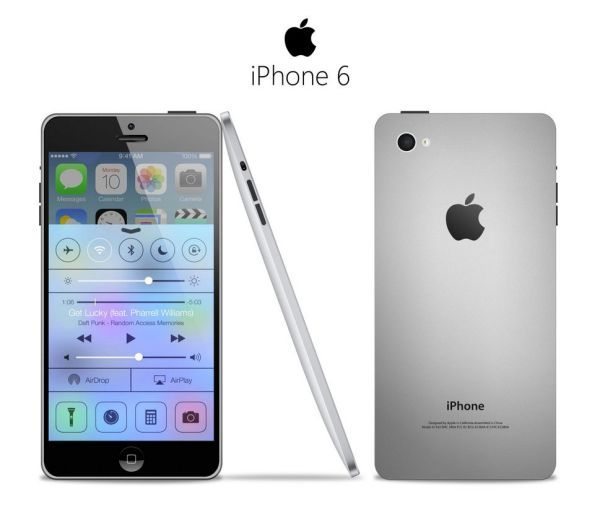 Apple have been very busy bees this year, and when it comes to the smartphone market two new ones were made available yesterday, which include the iPhone 5S and iPhone 5C. They also made available iOS 7 on Wednesday 18th, this is a brand new operating system built from the ground up. So where can Apple go with the iPhone 6 and iOS 8?

When iOS 7 was released to the public on Wednesday many users had issues with downloading, many had problems getting the new upgrade onto their iPhone 5 smartphones but we did say have a little patience because Apple servers would have been very busy indeed. Anyway, iOS 7, iPhone 5S and 5C are now available to the public and we want to know where Apple can go with the iPhone 6 and iOS 8.

Love or hate it, iOS 7 is brand new with many fresh features including a totally revamped UI, the Control Center is a new addition to the operating system, we do not need to go into detail about what iOS 7 has to offer because we are all aware of these.

The iPhone 6 needs to move away from the iPhone 5, 5S design, its ok to add a few more colors to the 5S and make the 5C a little different with even more colors and a slight design change but to be frank this is not enough to keep up with the innovation game many other rivals are doing right now.

A totally new design is needed for the iPhone 6, for example look at the concept idea below (read more about this concept). A new Apple smartphone with a new design, which will release in 2014, would be a must. An iPhone 6 with iPad/iMac lines would be welcomed with open arms, and to release it with iOS 8 could be astonishing.

We can sit here all day long reeling of iPhone 6 specs and iOS 8 new features, but this is where you come into play. What iPhone 6 and iOS 8 future expectations do you have?

If Apple changed iOS 7 drastically, can you imagine what they could do with iOS 8. I do think they should add group calls to Facetime, it would be great if I could chat with more than one person at a time via Facetime. You can merge calls with others so why not merge with others on Facetime!

What expectations do you have for the iPhone 6 and iOS 8?