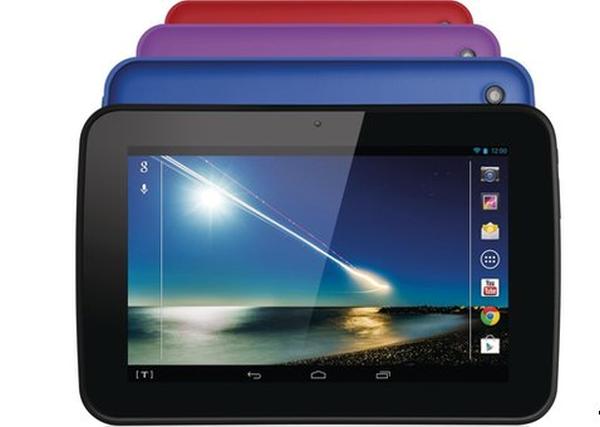 The budget Android tablet PC market is awash with devices that look to offer a cheaper alternative to the Apple iPad, and now supermarket giant Tesco is getting in on the action with the release of the Hudl tablet that will undercut the Nexus 7 price.

Last month we heard rumours that the retailer may be entering the tablet PC market, and today the device has been unveiled officially to the press. The device going under the name of the Hudl Tablet features a 7-inch display at a resolution of 1440 x 900 with a pixel density of 243ppi.

Powering this is an unnamed quad core processor clocked at a worthy 1.5GHz running the Android 4.2.2 Jelly Bean operating system, and there is 16GB of on board storage that is expandable by a further 32GB thanks to microSD card support.

There is a mainly stock version of Android on board except for a few Tesco based apps, and there is 9 hours of battery life promised. You will also find dual-band Wi-Fi, Bluetooth 4.0, microHDMI port, 3-meagpixel rear facing camera, 2-meagpixel front facer, and the device will come in black, blue, red, and purple colour options.

The device will go on sale from Monday, September 30th priced at only Â£119 and Tesco customers will be able to use their Clubcard vouchers via the retailers Boost program to get the device even cheaper.