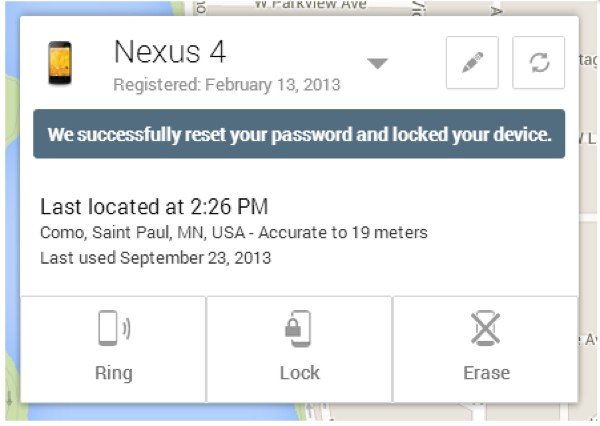 Wiping all the data of a phone can feel like a drastic move for many users, but now it’s possible to add some valuable time before you need to do this. It is now possible to remotely lock your device, for further security if you device is misplaced or has been stolen. This removes the necessity to remove the data from your device straight away.

The Android Device Manager will be able to override any method that has been used to lock an Android phone, and will enable the user to create a new password to unlock the device, if the missing phone is ever retrieved. As well as this, users can turn off the display if it’s on.

Are you already using Android Device Manager for your Android phone? What are your thoughts on this new remote lock feature that is now available? We always appreciate your comments.