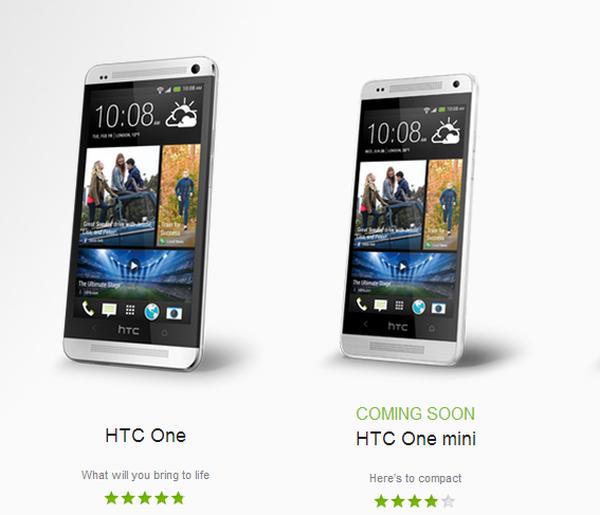 Earlier this year HTC began its attempt to turn around its slipping fortunes in the smartphone market by releasing the well received HTC One, which gained many plaudits from owners and reviewers alike. Since then the company launched the HTC One Mini which looks to be getting closer to a release in India.

The HTC One Mini was launched back in the summer and the device has now made an appearance on the official HTC website in the country with coming soon listed underneath the smartphone. There is currently no clue on an exact release date or pricing but hopefully this won’t be too far away.

To quickly recap the handset is slightly smaller than the standard model at 4.3-inches, which has a display resolution of 1280 x 720 and 341ppi pixel density, which is powered by the dual core Qualcomm Snapdragon 400 processor that is cocked at 1.4GHz.

This is paired with 1GB of RAM along with 16GB of on board storage running the Android 4.2.2 Jelly Bean operating system and HTC Sense 5.0. There is also a 4MP UltraPixel rear facing camera that is capable of Full HD video capture, while around the front is a 1.6-megapixel front facer that is capable of 720p HD video recording.

There is the same dual stereo front facing speakers that are also found on the larger model, and the device is powered by 1,800 mAh battery. The company should soon provide more details about the HTC One Mini’s availability in the country so those wanting one can start to make their plans.