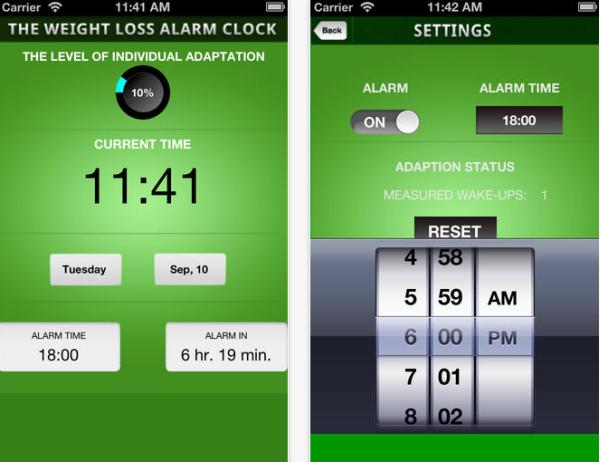 There are a huge range of different applications that can aid users that are looking to lead a healthier lifestyle or lose those extra few pounds, and today we have the Weight Loss Alarm Clock app for you that can help lower Cortisol levels.

It has been found that the stress hormone Cortisol can cause extra weight gain especially around the waist area, but a new application has been developed with this in mind. The Weight Loss Alarm Clock app has been designed to wake the user in a more stress free way compared to conventional alarm clocks, which in turn can lower Cortisol levels.

The application doesn’t need any sensors to work and will adjust itself to the user’s personal wake up needs, as a new study has found that a normal alarm clock can put our bodies under an unhealthy level of stress.

It’s a kind of sleep cycle alarm clock and will wake the user when they are already almost awake when the light sleep phase has been reached, which is when the brain is already active and in a state similar to when you wake up naturally.

The app will adapt itself to the users sleep habits within a few nights which will then lead to a gentle and stress free wake up call. The iOS version of the app is priced at Â£0.69/$0.99 on the App Store while the Android version is more expensive at Â£1.99 over on Google Play.