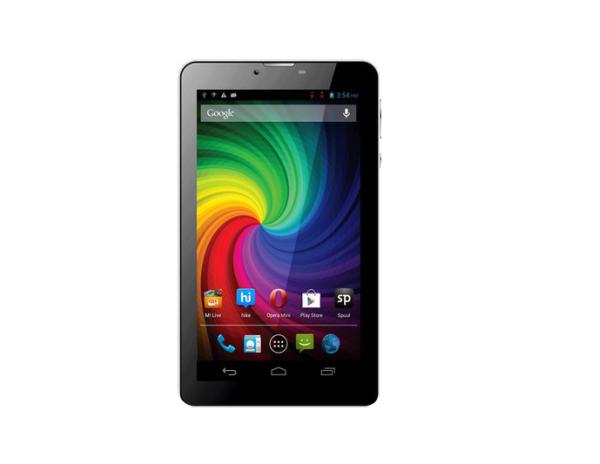 Away from the likes of the Nexus 7 there is a variety of budget smaller sized Android tablet PCs to be had, and the Micromax Funbook Mini P410 is one of these and it is coming to Indian online retailer Flipkart soon.

It looks as if Micromax is getting ready to release its first tablet PC soon in the range that will come with dual SIM support, as online retailer Flipkart has the slate listed on its website as out of stock, but this is because the device has yet to be released officially.

Consumers can sign up to be notified when stock arrives and the device is listed at a price of Rs. 8,820, and for your money you get a device that features a 7-inch display at a resolution of 1024 x 600, which has a dual core 1GHz processor under the hood along with 1GB of RAM.

This is running the Android 4.1 Jelly Bean operating system and internal storage comes in at 4GB with expansion possible by another 32GB via microSD. On the rear of the device you will find a 2-megapixel camera which is paired with a 0.3-megapixel front facer.

There is a 2,800 mAh battery, 3G, Wi-Fi, Bluetooth 4.0, and GPS included in the slates specifications, which could be released at any time.