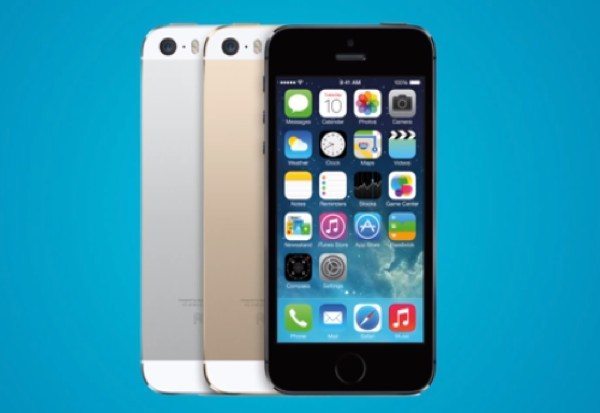 The Apple iPhone 5S recently released in many world regions, and will launch in further regions shortly. The phone runs the new iOS 7 mobile operating system and is in big demand, so it looks likely to be one of the biggest sellers of the year. If you’re considering purchasing this smartphone then you may want to check out some excellent review videos first to get an idea of what it has to offer.

We’ve collected together some of the best iPhone 5S video reviews that we could find and you can view all of the YouTube videos we mention here below this story. The first is a comprehensive 21-minute YouTube look at the device that we think offers an excellent look at the phone.

You’ll see the design, details of specs, iOS 7, Siri in action, camera set-up with video footage and sample images, and much more. In conclusion the phone gets a very high 9.3 /10 rating with pros seen as the updated iOS experience, good low-light camera performance, processor and Touch ID sensor. Just about the only negative point mentioned is that there has been no major improvement to the battery life.

The next video below is an 8-minute look at the iPhone 5S and asks if the phone is enough to keep up with the competition from other smartphones coming out over the next few months. It shows a good look at the hardware, and then some of the features exclusive to the iPhone 5S such as Touch ID. There’s also a good rundown of the specs, camera, battery and more. At the end of the video the iPhone 5S is given a rating of 9/10.

Moving on to another video review, this time 7-minutes long. The reviewer used the new iPhone 5S for 7 days straight in order to get a good feel and opinion of the phone. It shows many of the aspects of the aforementioned videos with some straightforward deliberations given along the way. The verdict is that it’s a good evolution of the iPhone 5, but check out the video for much more.

We’ll end with a video that will be a good one for those who want a quicker overall impression of the device. The 4-minute YouTube video below gives many practical details such as the price and color options before moving on to a look around the hardware.

This video shows the new Touch ID fingerprint sensor and how it works, and then goes on to detail other aspects of the phone such as the storage, M7 motion co-processor, and camera capabilities. It also shows iOS 7 and some of the new and enhanced features. Ultimately it’s thought that the iPhone 5S will have a lot of appeal to heavy users and gamers.

That concludes our iPhone 5S review collection, and we urge you to watch all or some of the videos that we’ve embedded for your convenience below this story. This should give you a good spread of opinions about the device, and help you decide if it’s the right phone for you.

Are you just about to purchase the iPhone 5S? Did these iPhone 5S reviews on video help you to make up your mind? Maybe you’re thinking of another smartphone entirely? Let us know with your comments.