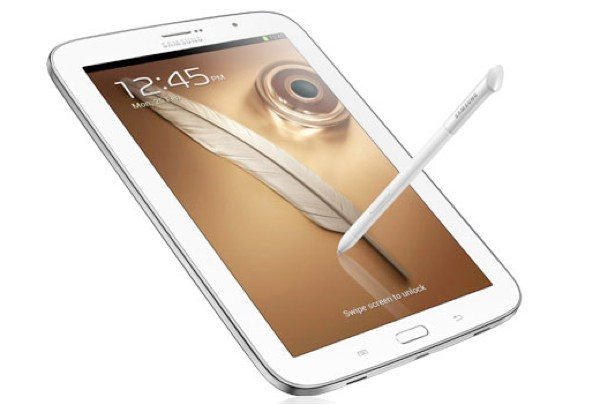 We always endeavor to keep readers informed about updates for their various devices, and over the last few days there were odd reports from owners of the Galaxy Note 8 WiFi tablet in the US that they had received the update for this tablet.

Now it appears the update is readily available, just waiting to be downloaded to the Galaxy Note 8 WiFi tablet. This upgrade is available as an OTA (over-the-air) update or by using Samsung Kies, and it contains some TouchWiz UI changes that were pushed to the LTE version previously, along with other enhancements.

The update also includes some improvements for stability. The Galaxy Note 8 originally launched running the Android 4.1.2 Jelly Bean operating system. If you want to find out if the update is available right now for your Galaxy Note 8 WiFi tablet then head to Settings or check it out on your computer via KIES.

If you’re in the US and have this tablet we’d like to hear from you. Is this update now available for your Samsung Galaxy Note 8 WiFi tablet? Maybe you’ve already installed the Android 4.2.2 Jelly Bean update and could tell us what you think of the improvements it brings? Send your comments to let us know.