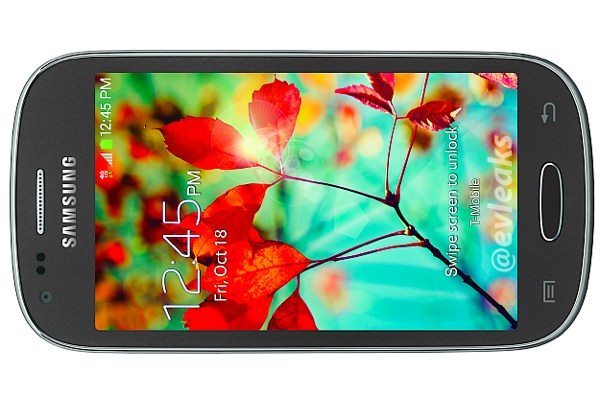 It’s easy for us to get carried away reporting on all the high-end devices heading our way in time for the holiday season, but it’s important to remember that many people want or require an entry-level phone. The Samsung Garda SGH-T399 low-end phone has just been leaked.

Yes, Samsung has some great top-notch Android devices around with the flagship Galaxy S4 and new Galaxy Note 3 being two prominent examples. However, there’s still a place in the market for more affordable handsets.

The Samsung SGH-T399 has been dubbed the Garda and the image that you can see below comes from prolific leaker @evleaks. Although it’s impossible for us to know if this is the real deal, evleaks has an impressive reputation as a reliable source of information about upcoming devices.

As well as this GFXBench has come up with some specs details for the phone. The Samsung Garda is said to be powered by a 1.4GHz processor, has Mali-400 graphics, and has a display with resolution of 800 x 480. It’s expected that it will launch running the Android 4.2.2 Jelly Bean operating system.

The image above suggests that T-Mobile will be at least one carrier offering the device in the US, but other than the above very little else is known about this handset at the moment. We’ll certainly be informing readers when there is more information though.

Are you interested in this new Samsung low-end smartphone? As the Samsung Garda SGH-T399 is likely to be at the more affordable end of the market, does this make the phone a viable choice for you? Let us know by sending your comments.