Official Nexus 7 2013 cases released for some 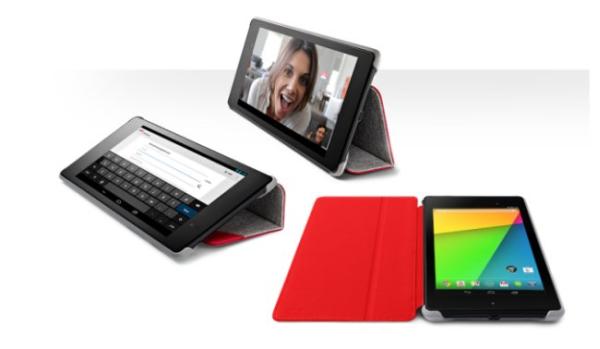 The latest version of the Nexus 7 has been with us for a few months now and like any new mobile product we get to see a whole host of accessories becoming available, and now we have news of the official Nexus 7 2013 cases that are released for some.

Back in August we told you about the official sleeve for the device, and now Google has released the new official Flip Case to protect your treasured device. Google sells its Nexus hardware at a nice discount but this is reflected in the accessories it sells as the company is asking a cool $49 for the new Nexus 7 cases.

It comes in a number of colour options and has been designed to be used as a stand for the device in landscape mode for watching video content or browsing the Internet. At the time of writing the cases are available on the US Google Play Store with no sign of them in the UK currently.

The cases are down to start shipping from today and the company doesn’t state in its listing that the case features magnets to wake up or put to sleep the device when opened or closed, but you would have thought it would do.

Owners of the device could easily get cheaper alternatives though from retailers such as Amazon, but some mobile users like to have official cases that can be found here.

Do you stick with official accessories?