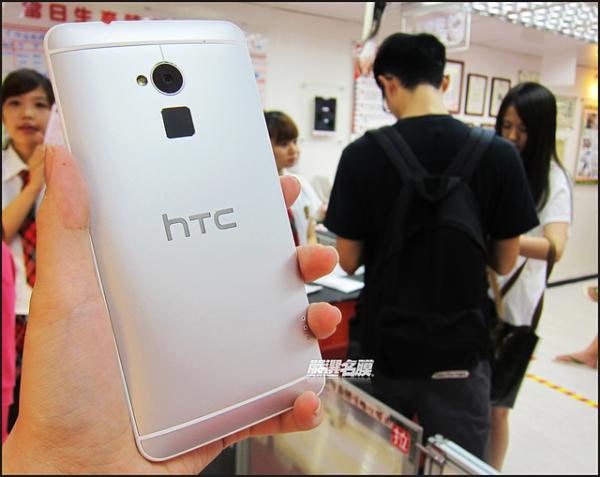 Over the last few weeks we have seen numerous leaks and speculation about the phablet sized HTC One Max, and today the handset has appeared again in some clear hands-on images along with some more spec listings ahead of the handsets release.

We have seen a number of images for the HTC One Max but the one you can see on this page is one of many that have appeared that show the device from almost every angle. As you can see the device is a super sized HTC One but with a fingerprint scanner on the rear of the handset.

From the images we can see that the power button along with the volume rocker is located on the right hand side of the smartphone, and there is no sign of the Beats logo on the handset either. We are set to see the device unveiled at some point this week and before then another spec listing has appeared for the HTC One Max.

A retail listing has appeared for the HTC One Max that comes shortly after a full spec sheet emerged, and confirms the device will come with a 5.9-inch Full HD display with the Qualcomm Snapdragon 600 1.7GHz processor under the hood.

This is paired with 2GB of RAM and 16GB of expandable internal storage while there is the same UltraPixel rear facing camera that the standard HTC One has. Supplying the juice is a worthy 3,300 mAh battery unit, and while these listings could easily be faked it looks like most things about the handset are now known before it is officially launched.

We have seen HTC teasing the smartphone world about the device but we will soon now the all important pricing and availability of the HTC One Max.

Are you looking to purchase the HTC One Max?

2 thoughts on “HTC One Max and specs seen again: Update”