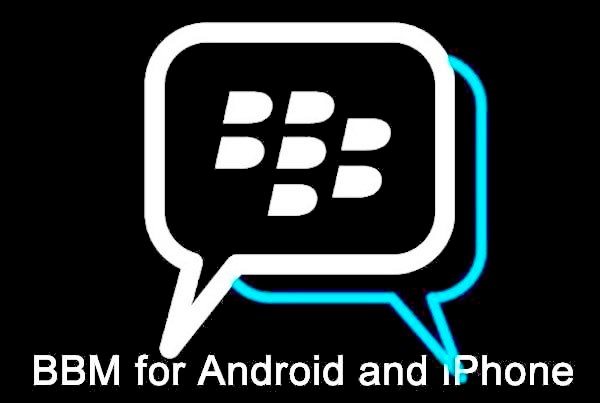 The problems with the BlackBerry Messenger app going cross-platform have been well documented over recent weeks. Many people have been waiting for more news on the BBM iOS and Android apps following a lengthy delay. Now today BlackBerry has said that the long-awaited BBM Android and iPhone apps may arrive within days.

There was huge anticipation for the BBM Android and iOS apps for months after BlackBerry originally announced they were on the way. Finally the iOS app released for a brief amount of time before it was pulled, and this was due to a leaked version of the Android app causing problems.

This caused plenty of frustration for waiting iOS and Android BBM users and after several statements about the ongoing situation BlackBerry announced that the Android BBM app was back in beta. Recently we informed readers that the apps could be at least a few weeks away yet, but hopefully it now seems that they may be available in the next few days.

BlackBerry’s ailing fortunes have been much discussed recently, and today BlackBerry spoke out in an effort to reassure its partners and customers that they could still count on the company. This came after reports recently that BlackBerry was to proceed with layoffs and may be selling part, or all of the company.

The open letter from BlackBerry referred to the company as a whole, and chief marketing officer Frank Boulben also took part in an interview. In this Boulben stated that BBM was expected to launch “within days” for both the Android and iOS platforms, according to Reuters.

Boulben added that BlackBerry is now confident that the issues that affected the original release of the apps had now been fixed. This will be welcome news to the many people who have been patiently (or not so patiently) waiting for the BBM Android and iPhone apps to release.

We’ve noticed a huge response from readers when we’ve written about these BBM apps and know how many of you are eager to start using BBM on your devices. Today BlackBerry also spoke about the huge popularity of these apps.

Boulben stated that pre-registrations of iPhone and Android customers for BBM already numbered 6 million, proof of just how desired these apps are. We now know then that BlackBerry intends the iPhone and Android BBM apps to arrive within days, so we’ll keep our fingers crossed for a smoother launch this time around.

As soon as soon as we hear more on this we’ll pass on the information to readers, but it looks very much as though the long wait could soon be over. Have you been waiting for the BBM Android or iPhone app? Are you still looking forward to using BBM despite the long wait? Let us know with your comments.

6 thoughts on “BBM Android and iPhone apps within days prospect”