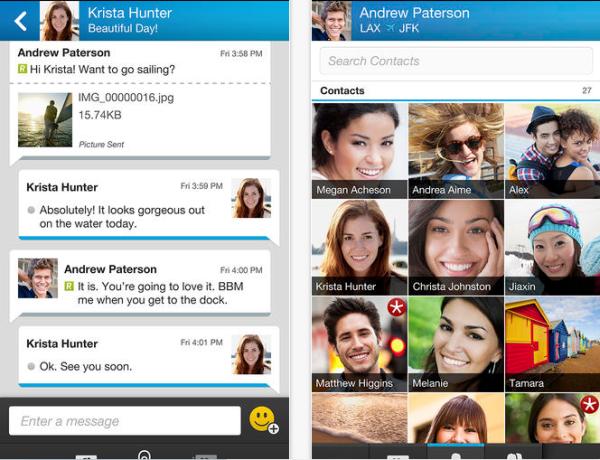 As we told you earlier today BlackBerry revealed that its BlackBerry Messenger service would be available, and now only a few hours’ later users can officially download the BBM app for Android and iOS.

True to their word the company has now released the BBM app for both the Android and iOS platforms with the availability of the app being pushed out in a more controlled method. Once the app has been downloaded users are requested to enter their email address so the company can reserve a place in the line for actually using the app.

Then once the user gets to their turn in line to start using the app they will receive an email notifying them of this, but those that have already signed up for news about the apps availability over the last few weeks via the official BBM website will already have their place in the line reserved for them.

We signed up a few weeks ago for this and at the time of writing have yet to receive this notification email, but when you consider the millions of mobile users that want to download the BBM app it’s hardly surprising.

To download BBM head over to the App Store or Google Play here, and let us know if you have BBM up and running yet.