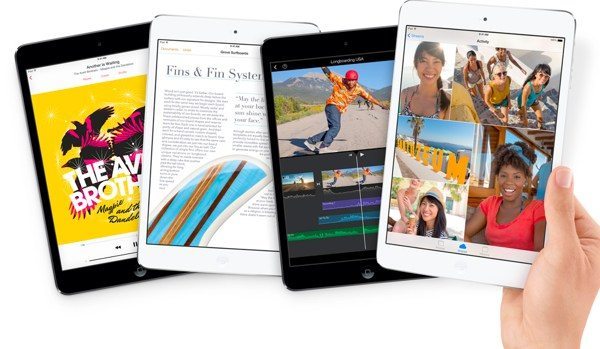 The question we have been most asked about the new iPad mini regarded whether it would feature a Retina display and this seemed to be a deal breaker for a lot of people. There will be many people pleased about now then with the 7.9-inch display with resolution of 2048 x 1536 and 326ppi.

The iPad mini with Retina display also includes the A7 processor that first appeared in the recently released iPhone 5S. The new iPad mini also has a 5-megapixel iSight camera, new Facetime HD camera, and offers around 10 hours of battery life.

As well as this the second-generation iPad mini has MIMO support enabling faster WiFi and it will come in space gray or silver color options. Unlike the new full-sized iPad Air that will be released on November 1, a shipping date for the new iPad mini hasn’t yet been given, although we are told it will arrive at some point later next month.

One thought on “iPad mini 2 confirmed details and Retina inclusion”