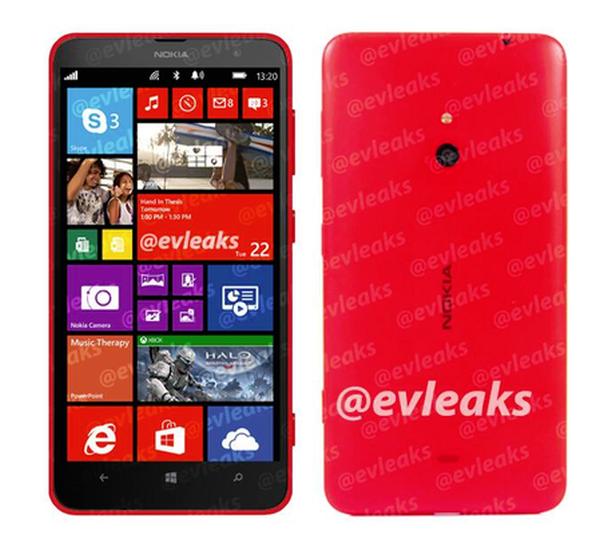 It looks set to be a busy day in the mobile world today as not only are we set to see a number of new devices from Nokia we also have some new iPad’s coming from Apple, but before any official launch the Nokia 1320 Batman has been seen in a new leak.

We heard about the Nokia handset that has was being called Batman recently and the image that you can see on this page comes courtesy of evleaks, and is supposedly the handset in question. The device is thought to be a more affordable big screen Windows Phone 8 smartphone from the Finnish company.

The device could have a 4.7-inch display but with lower specs than other large screen Nokia WP8 handsets, as the rear camera is only believed to come with a 5-megapixel sensor, but the resolution of the display could be around the 1080 x 1920 mark.

Not much else is known about the device but with the GDR3 Windows Phone 8 update hardware on the platform will have the ability to support Full HD displays and quad core processors, so smartphones on the platform will offer consumers something that is on par with some of the hardware that is available on Android.

We will get to find out later today at Nokia’s event more about the handset with six devices in total tipped to be unveiled.

Are you thinking of getting a Nokia handset now that Full HD screens and quad core processors are going to be supported?