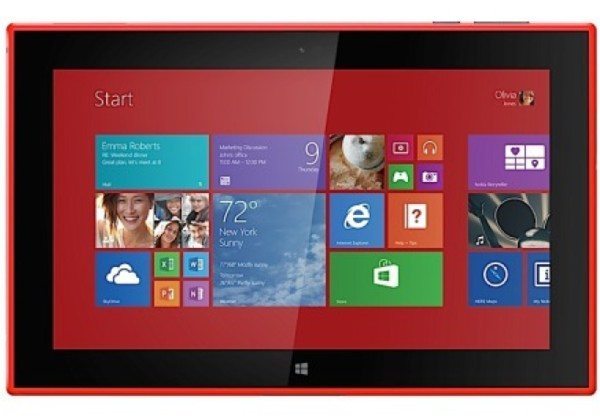 The big Nokia event is taking place as we speak and one of the devices that we expected to see unveiled has now been officially introduced. The Lumia 2520 is Nokia’s first tablet and has been gathering plenty of attention ahead of the launch. Now we have the Nokia Lumia 2520 price for both the tablet and the keyboard cover.

We’ve been bringing you news and leaked information on the Nokia Lumia 2520 over the last few weeks and much of what we expected has now been made official. This tablet runs Windows RT 8.1 and is powered by a 2.2Ghz Qualcomm Snapdragon 800 quad-core processor.

It has a 10.1-inch Full HD display featuring Gorilla Glass 2, a 6.7-megapixel rear camera with Zeiss optics and video capture at 1080p@60fps, a 2-megapixel front-facing camera, and an 8000 mAh battery with fast-charging capability.

Features include the Nokia Storyteller app, Nokia Video Director, Nokia Music and HERE maps. The LTE tablet has an unsubsidized price of $499 and the Lumia 2520 release is set for Q4. It will come in red or white with a gloss finish or cyan or black matte finishes.

We’ve embedded a video below this story that introduces the Nokia Lumia 2520 tablet. A Nokia Power Keyboard will also be available that offers 2 USB ports and an extra five hours of battery life and the price of this accessory is $149.

The tablet’s release will begin in the US (one carrier confirmed is AT&T), UK and Finland and spread to further regions shortly afterwards. What are your initial thoughts on the Nokia Lumia 2520 tablet? Do you feel the pricing is reasonable? Send your comments about this new tablet from Nokia.