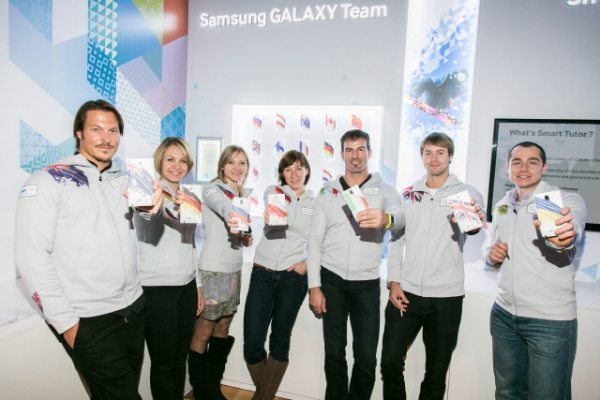 The Samsung Galaxy Note 3 is now the official Olympic games phone; Samsung has been named the official partner in a stunning collaboration with the International Olympic Committee (IOC).

This is to make the Sochi 2014 Olympic Winter Games “the most wireless, seamless and paperless Olympic Games ever” according to the recently released press release by Samsung.

The International Olympic Committee (IOC) will be handing out a Samsung Galaxy Note 3 smartphone to all Sochi 2014 athletes; they will then use the official Olympic phone to experience the innovative technology. Samsung has a 15-year history as Worldwide Partner of the Olympic Games, and all we can say is well done, you must make a good impression.

All athletes taking part in the Olympics will receive a special addition Samsung Galaxy Note 3 smartphone, this will be pre-installed with the official Wireless Olympic Works or WOW app, this applications provides up-to-date Games Time data and connectivity and so much more.

Now seeing as the Sochi 2014 games will include 80 athletes from 20 countries, that means Samsung will be giving away 80 special edition Galaxy Note 3 smartphones.

One thought on “Samsung Galaxy Note 3 is Olympic games phone”