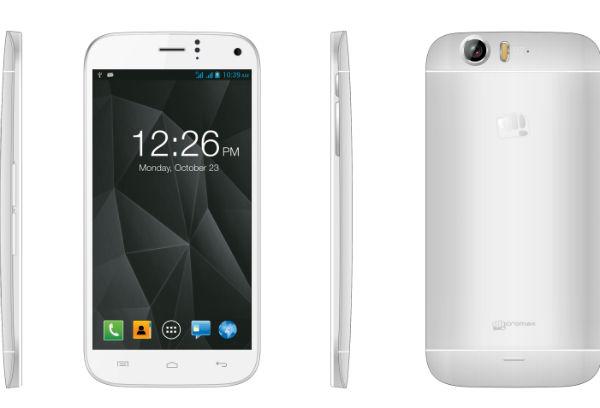 After teasing us with an ad that starred Hugh Jackman Micromax has taken the wraps off the Canvas Turbo for consumers in India, and as expected the handset features a Full HD display which is 5-inches in size. The new IPS display comes courtesy of Sharp and is powered by the quad core MediaTek MT6589T processor clocked at 1.5GHz, which is paired with 2GB of RAM.

One thing that may be deal breaker for some users though is the fact the 16GB of on board storage isn’t expandable, but according to the company only 1GB will be available for storing apps while around 12.5GB will be used for other data storage.

Many big title games will come in at well above this limit such as the Sky Gamblers Air Supremacy app we reported about this morning that is sized at 1.8GB. Other specifications include a 13-megapixel rear facing camera that is paired with a 5-megapixel unit around the front, and supplying the juice is a 2,000 mAh battery.

The device has dual SIM support and will be available to purchase from October 26th at a price of Rs. 19,990.

Do you like the look of the Micromax Canvas Turbo or does the lack of storage put you off the device.

UPDATE: You can purchase this smartphone right now, it does not ship until October 31 though – read more here.