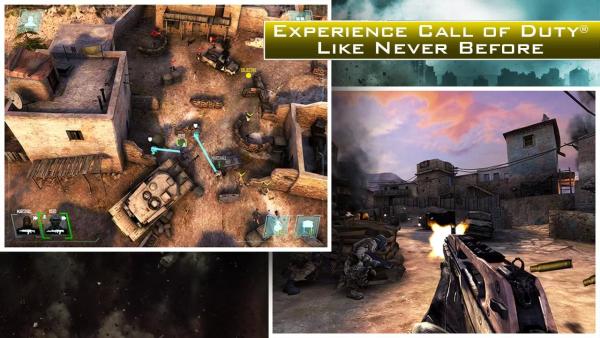 Gaming fans over the last few years have had more ways to get their fix while away from home without the need of purchasing a dedicated gaming console, which also includes big title franchises covering a number of genres. Today we have the great news that the Call of Duty Strike Team for Android has been released to the Google Play Store.

What is a normal occurrence now the game saw a release for the iOS platform last month by Activision and now it has finally been released for Android users to enjoy, but the title isn’t cheap though costing Â£4.33/$6.99, and there are even in app purchases as well.

The game is the most ambitious title yet from the developer for the mobile market that has been built from the ground up for mobile devices. Users can customize their squad’s abilities and loadouts before taking them into combat.

There is the revolutionary ability to quickly switch from run and gun first person view to reconnaissance and well planned squad attacks via a third person view. The game is set in 2020 with tensions between the world’s superpowers at an all time high with the US at war with an unknown enemy.

You take control of a Joint Special Operations Team to track down the enemy that were responsible for launching an attack on your home country. The game has only been available a short while gaining 5 star reviews from users, but the title is 1.9GB in size so make sure you have plenty of space left before parting with any cash, and hit Google Play to download.

2 thoughts on “Call Of Duty Strike Team for Android released”