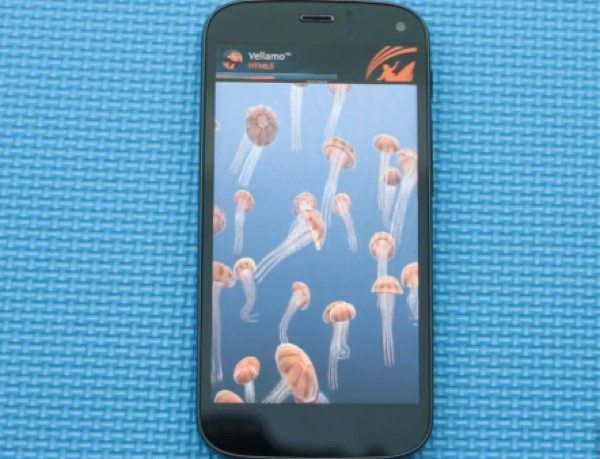 The Canvas Turbo A250 has a 5-inch Full HD display and 1.5GHz MediaTek MT6589T quad-core processor. It has now been subjected to a variety of synthetic benchmark tests against other smartphones, some of which also have Full HD displays and similar processors.

The three-minute YouTube video below our story shows the tests taking place on the Micromax Canvas Turbo, and these tests included GFXBench, AnTuTu Benchmark, NenaMark, Basemark X, Vellamo, Quadrant Benchmark, and Linpack. You’ll see individual test benchmarks for the phone with the results shown together at the end of the video. 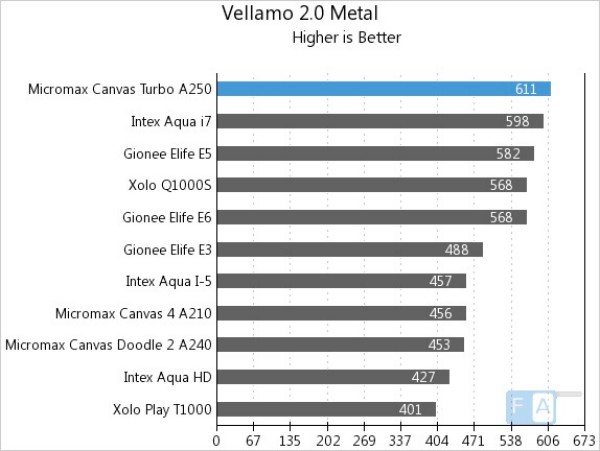 These results are then compared to many other devices, just some of them being the Gionee Elife E5 and E6, the Intex Aqua i7, Xolo Q1000S, Micromax Canvas 4, Micromax Canvas Doodle 2 and Spice Pinnacle FHD Mi-525. In the Vellamo 2.0 Metal CPU subsystem performance test it fared better than all the rest as shown in the illustration above.

It was the same story for the Linpack Multi-Thread benchmark and in the Linpack Single Thread test the Canvas Turbo took second spot. However, other tests showed mixed results with the Canvas Turbo being further down the list. If you want to check out all of the charts with this information, head to Fone Arena here.

We’d be interested to hear your thoughts on these benchmark results for the Micromax Canvas Turbo after you’ve checked out the video below, so do please send us your comments.