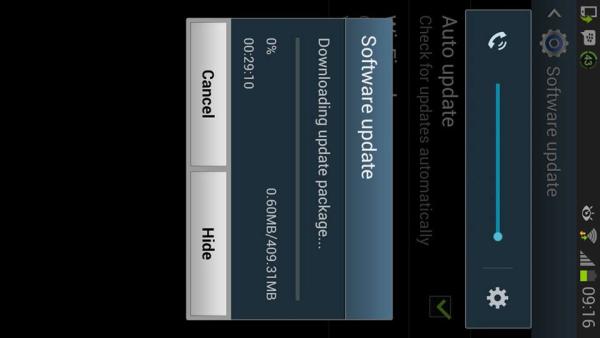 Owners of a certain Samsung smartphone have been having quite a few issues over the last few days, and as the Galaxy S3 Android 4.3 update continues its journey around the world the problems with it continue to roll.

A few days ago we heard that the Android 4.3 Jelly Bean update was released in the UK to download, and it soon become apparent that a lot of users have been experiencing some major issues with the firmware.

One of the biggest problems that have been affecting users once the update has been installed is terrible battery life, some of our readers have complained of losing 50% in only 2 hours. Other complaints have focussed on the handset just freezing up and the battery needing to be removed to solve the issue until it happens again.

The Wi-Fi connection has been complained about and also a number of complaints have been made about the music player on the handset having a mind of its own. A lot of these complaints have come into us recently while others emerged as soon as the software went live in the country, while there were also many users in Ireland where the software was first released also experiencing the same problems.

Another issue that has been found with the 4.3 update has been the serious lag with the handset especially with the home screen, and it makes you think the company couldn’t have done a lot of testing with the software. Other users have complained that the KIES app no longer recognises their handset.

Many will be hoping that Samsung quickly provides a patch to address the problems and it makes you wonder how long it will be before the company publicly acknowledges it. Users are advised not to upgrade for now and wait until the bugs are ironed out of the software.

Have you avoided updating your Galaxy S3?