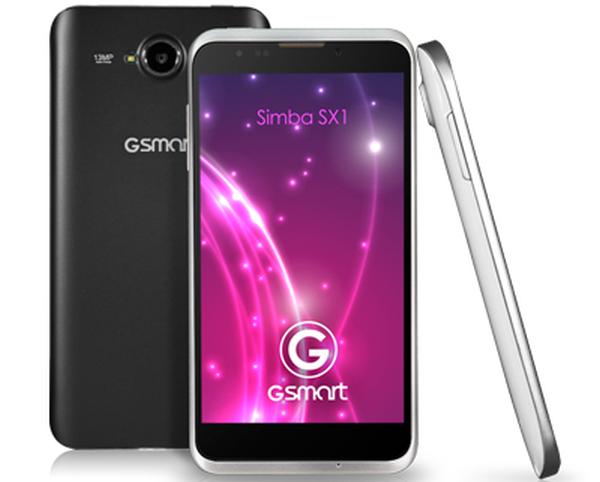 Dual SIM smartphones are nothing new but have been growing in popularity in recent times away from emerging markets that the devices were once focussed on. Now many of these devices are low to mid range handsets, but the GSmart Simba SX1 dual SIM smartphone offers three way calling.

Many users like to own a dual SIM smartphone as it allows them to have a business number along with a personal one all in one handset, but the handset that you can see on this page offers something a little different in the dual SIM world.

The GSmart Simba SX1 is claimed to be the world’s first dual SIM device that allows a three way conversation so owners won’t have to switch between SIMs. The handset features a 5-inch 720p resolution IPS LCD capacitive display with 294ppi and 16M colours.

This is powered by the dual core Qualcomm Snapdragon 400 processor clocked at 1.4GHz which is coupled with 1GB of RAM running the Android 4.2 Jelly Bean operating system. On board storage comes in at 4GB with expansion of up to 32GB possible via microSD card.

The rear camera has a 13-megapixel sensor with autofocus and LED flash while around the front is a 2-megapixel shooter with a 1,900 mAh Li-Ion battery supplying the juice. The GSmart Simba SX1 is set to be released this month in Belarus, Russia, Taiwan, and Ukraine with a global release in December.

Do you like the idea of the GSmart Simba SX1?