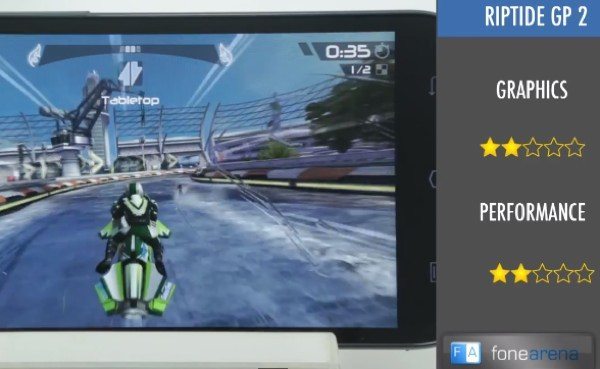 The Micromax Canvas Turbo was recently released in India and is already proving popular. There are plenty of us who increasingly use our smartphones for gaming and so it’s good to know how different devices cope with this aspect. Today we have a Micromax Canvas Turbo video review to show, that focuses on gaming.

The Canvas Turbo is a decent smartphone with a 1.5GHz quad-core processor, PowerVR SGX544 graphics, and a 5-inch Full HD display. We’ve previously given an idea of how the phone fares in benchmarks and also a comparison of the Canvas Turbo and Xolo X2000, as well as a camera comparison against other devices. So what is gaming like on this device?

The 5-minute YouTube video that you can see below this story is a gaming review of the Micromax Canvas Turbo, which will give an idea of how the phone fares with this type of activity. Different games are shown being played on the Canvas Turbo to give an overall impression, using a PS3 controller.

Overall the Micromax Canvas Turbo was awarded a score of 3/5 for its gaming experience, so was felt to be distinctly average when it comes to gaming experience. If you check out the video below this story you can see all of the gameplay and the individual ratings achieved.

Have you been considering purchasing the Micromax Canvas Turbo and are you an avid gamer? Maybe you already have the Canvas Turbo and could give us your own rating when it comes to gaming on this smartphone? We always appreciate your comments.