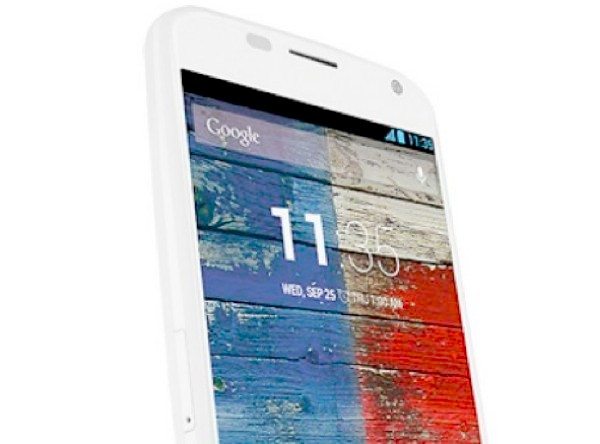 At the beginning of the month we gave readers information about a Motorola device checker for the Android 4.4 KitKat update. Using this we found that the Moto X, along with other phones such as the Droid Ultra, Droid Ultra Maxx and Droid Mini were all confirmed to be receiving the update, although no timeframe was given.

Yesterday the Motorola Moto G was officially announced and at the same event Motorola gave a further hint about the Moto X Android 4.4 update. In a snippet of information it was stated that the update would be coming “in a matter of week.”

Unfortunately the information wasn’t more specific but at least this is confirmation that the update is not too far away. The Moto X released running the Android 4.3 Jelly Bean OS, while the new Moto G that is on the way will also run Android 4.3 at first.

Motorola has stated that the Moto G will receive Android 4.4 around January next year. It’s good to know that Motorola seems to be on the ball about at least attempting to keep its device owners informed about updates, with the update checker being a nice touch.

We’ll pass on further news about this update for the Moto X as soon as we hear it, and hopefully that will be sooner rather than later. In the meantime we’d be interested in hearing your views.

Are you generally satisfied about the way Motorola handles Android updates for its devices? Are you looking forward to Android 4.4 KitKat on your Moto X?