HTC One Mini vs Galaxy S3 vs Note 2 speed test 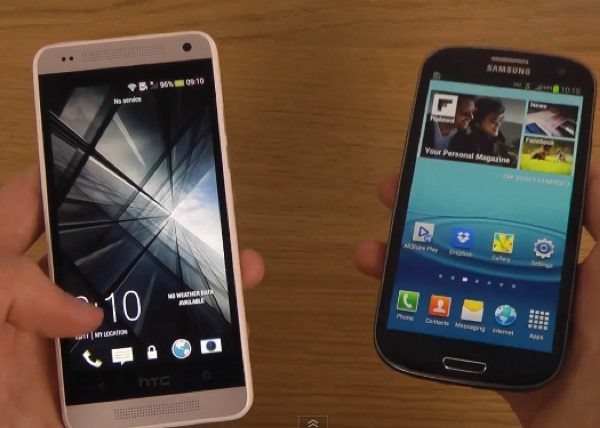 Mini versions of flagship smartphones often have lesser specs than their larger counterparts. The HTC One mini recently released, and we thought it would be interesting to show how it compares with two Samsung flagship devices from last year when booting up. Hence we’re looking at HTC One mini vs. Galaxy S3 vs. Note 2 speed tests.

Smaller models of successful flagship devices are becoming increasingly popular, despite their often-downgraded specs. While it might not be fair to pitch the HTC One mini against the Samsung Galaxy S4 and Galaxy Note 3 that both released this year, it seems fair game to compare it against the Galaxy S3 and Note 2.

The first YouTube video that you can see below this story features the HTC One mini against the Samsung Galaxy S3 in a bid to see which is fastest. First the devices are shown booting up where the S3 is noted to be quicker and then the same test is shown where the HTC One mini has the fast boot mode on.