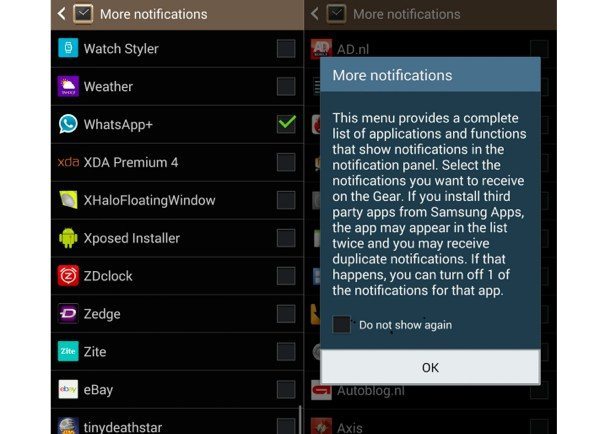 There have been criticisms so far about some of the functionality of the Galaxy watch but it’s good to know that Samsung appears to have buckled down to improve this. This update brings big improvements to the notification system.

Users will be able to select which apps are able to send notifications, and when the notification is received they will be more informative. Another enhancement is badges on app icons that indicate the numbers of notifications or unread messages you have.

A new software update (Build V700XXUAMK7) is now rolling out, and once you have updated your Galaxy Gear you can then update the Samsung Galaxy Gear Manager app from here. There’s no doubt that owners will really appreciate the improved notifications update and we’d like to hear what you think.

Are you updating the Samsung Galaxy Gear Manager app? What are your thoughts on the improved notifications feature for the Galaxy Gear watch? Send us your comments on this.