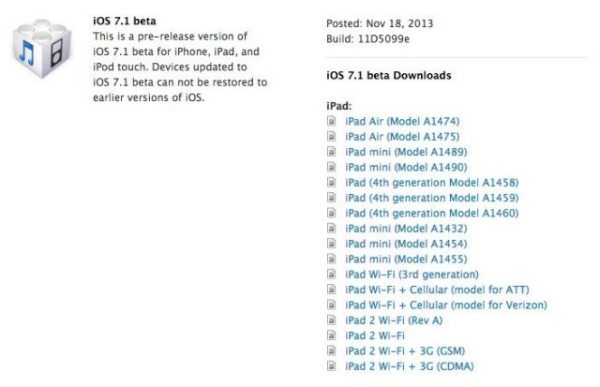 Apple has at last release its first iOS 7.1 beta to devs; registered developers are now getting to grips with the new update (Build number 11D5099e).

The iOS 7.1 beta can now be downloaded to the iPhone and iPad, if you look at the tweet below by hacker iH8sn0w, he says that the iOS 7.1 beta will expire on January 13, 2014, so does this mean we will likely see a January public release or will they give developers 7.1.2?

iDB have found some interesting new things within iOS 7.1, and these include a notification change, before it said ‘No Missed Notifications,’ but now it says ‘No Notifications’ when NC is cleared. They also report that the new Yahoo logo is now present in NC, as well as Weather app.

When do you think Apple will release iOS 7.1 to the public?