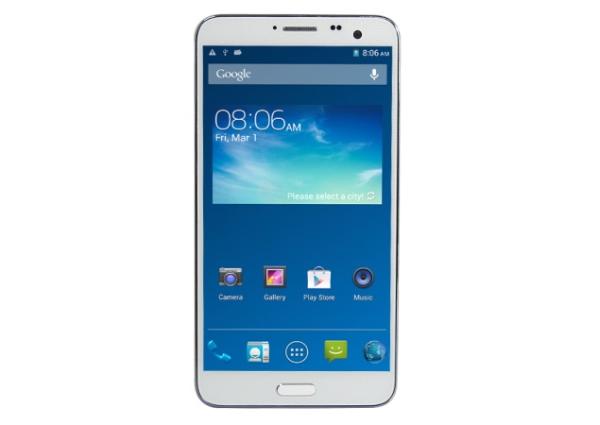 There are always new smartphones being released for our readers over in India, and today we have a handset called the Wickedleak Wammy Titan 3 that has been launched and priced in India and offers a cheaper Samsung Galaxy Note 3 lookalike.

Wickedleak has officially announced the Wammy Titan 3 and put the device up for pre-order on its website priced at Rs. 16,990 with delivery expected to start on the 1st of December. Your money gets you a handset with a 5.7-inch Full HD display with a nice 390ppi that is powered by the MediaTek 6589 Turbo quad core processor clocked at 1.5GHz.

This is paired with a PowerVR SGX544MP graphics GPU with 1GB of RAM running the Android 4.2.1 Jelly Bean operating system. The Wammy Titan 3 offers dual SIM support and features a 13-megapixel rear facing camera with autofocus and LED flash, while around the front we have a 5-megapixel shooter.

On board storage comes in at 16GB with expansion of up to 64GB possible thanks to microSD card support, while connectivity is provided by 3G, Wi-Fi, microUSB, and Bluetooth and is available in either black or white colour finishes.

The device measures 157mm x 8.1mm x 7.9mm while packing in a 3,200 mAh battery unit, and there is even a built in FM radio for music on the go but the striking resemblance to the Samsung Galaxy Note range of devices won’t go unnoticed among a lot of consumers and all that is needed is an embedded stylus.

Do you like the look of the Wickedleak Wammy Titan 3?