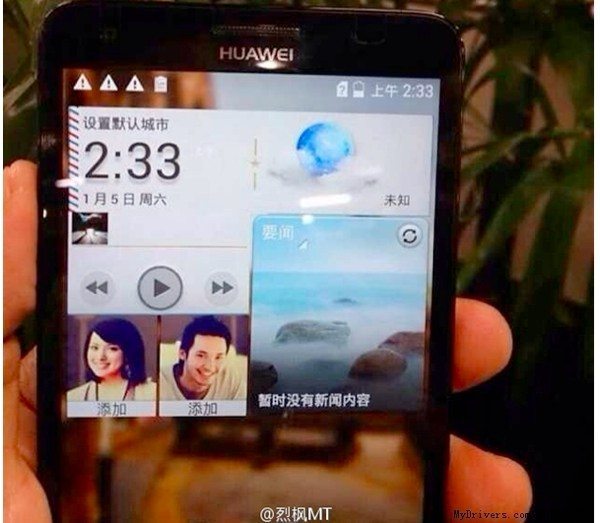 The Huawei Glory 4 smartphone has escaped our attention up until now but a leak has now given up plenty of unconfirmed specs about this upcoming device. This phone is rumored to pack a true octa-core processor and so is likely to attract some interest.

The Glory 4 is said to feature the new MediaTek MT6592 true octa-core processor and we’ve already mentioned this as coming to the Zopo ZP998 and the Intex i7 smartphones. The new leaked information about the Huawei Glory 4 also details some other specs.

Leaked specs for the Glory 4 include a 1.7GHz true-octa core processor and a display panel with resolution of 1280 x 720, although no size has been specified. Other specs are said to include 2GB of RAM, 16GB of internal storage, a 13-megapixel rear camera and 5-megapixel front-facing camera.

The Huawei Glory 4 will run the Android 4.2 Jelly Bean operating system on release, skinned with the Emotion 2.0 user interface. This phone is headed for a release in December although no specific Glory 4 release date or price has been specified yet, nor any news on whether it will come to regions outside China.

The leaked Huawei Glory 4 image shown below purports to be of the top of the handset, but as usual we’ll caution that none of the above has been made official yet.

We’d be interested to hear your thoughts on the Huawei Glory 4 so do tell us what you think. Would you like to see the Glory 4 release in your region?