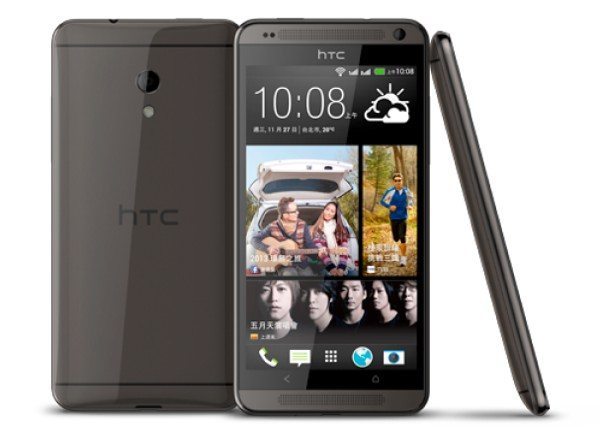 Three new smartphones have been made official today by HTC and they are the HTC Desire 700, Desire 501 and the dual-SIM Desire 601. We have some details on specs, pricing and more right ahead, with two of these new handsets being dual-SIM devices.

These are all low to mid-range phones with the HTC Desire 700 (pictured below) being the pick of the bunch. HTC Desire 700 specs include a 1.2GHz Qualcomm Snapdragon quad-core processor, a 5-inch qHD display with resolution of 960 x 540, 1GB of RAM, and 8GB of internal storage that’s expandable via microSD.

The Desire 700 is a dual-SIM device (first SIM HSPA, second SIM GSM/EDGE), and it also has an 8-megapixel rear camera with BSI sensor, f/2.0 aperture, HTC Zoe support and 1080p video capture plus a 2.1-megapixel front-facing shooter. Further specs include a 2100 mAh battery and BoomSound speakers. The phone was announced with a price for Taiwan of NTD 13,900 (around $470).

On to the HTC Desire 501 specs and this has a 1.15GHz dual-core processor, a 4.3-inch WVGA display with resolution of 800 x 480, 1GB of RAM and 8GB of internal storage (expandable via microSD). It also has an 8-megapixel rear camera, 2.1-megapixel front-facing camera, but no HTC Zoe support although it does have HTC ImageChip. Further specs include a 2100 mAh battery, but this is not a dual-SIM handset as the first one was. The price of this phone for Taiwan is NTD 9,900 (around $330).

All of these phones are Android handsets although the versions have not specified yet. There’s also no word yet on release dates or what regions the phones will be available in outside Taiwan.

Would you like to see any of these HTC Desire smartphones release in your region. Would you opt for the HTC Desire 700, 501 or 601 dual-SIM? Let us know with your comments.