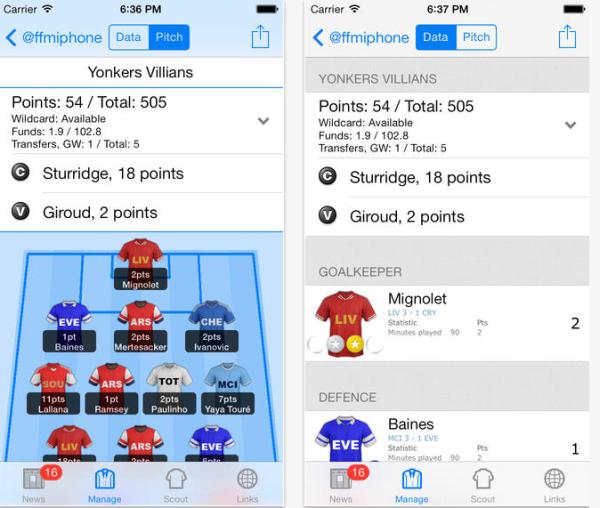 We are now well into this year’s Premier League campaign and we have already had the usual controversy and action packed matches. Many fans often think they could do a better job than their team’s manager, and today we have news of a Barclays premier League fantasy football app for iPhone, iPad.

Fantasy Football Manger for iOS devices is dedicated to the official Barclays Fantasy Premier League and has been optimised to work with the iOS 7 operating system, and is promised to be an advanced but easy to use application.

The app has won a number of plaudits by many users around the world and offers users a number of features that includes being able to make multiple transfers in one go. Users can also filter transfer targets with no limits, and the option of making last minute changes and substitutions to the team’s line up is easily achievable.

All the latest information on how your team is doing is available, and you can also track other managers, and you can check on all the player stats as you look to see who you want to add to your team next.

Fantasy Football Manager 4.2 is available on the App Store priced at Â£0.69 for owners of the iPhone, iPad, and iPod Touch running iOS 6 or later?

Do you have your own fantasy football team?