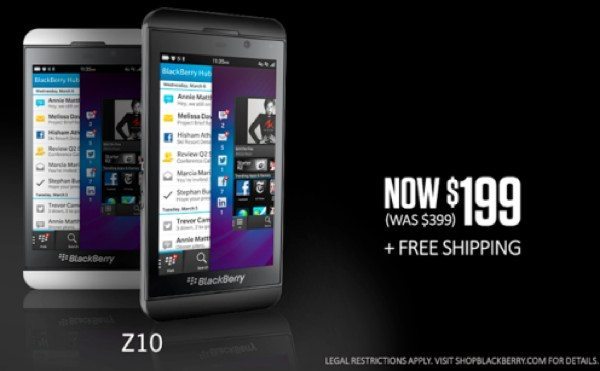 The BlackBerry Z10 smartphone was the first handset to release running the new BlackBerry 10 operating system early in the year. There are always some good price deals around for the holiday season and today we have details of a BlackBerry Z10 SIM-free price offer code, but you’ll need to hurry.

This price only stands until Monday or until stocks last so you might want to get your order in quickly. The promotional code that you need to enter at the checkout is BFEMAILZ10. You’ll then get the former flagship Z10 at a very reasonable contract-free price, especially considering the former price was $399.

This is yet another of the many price deals around right now, but remember the offer ends on December 2. The Z10 has a 1.5GHz dual-core processor, 4.2-inch display, 2GB of RAM, and expandable internal storage.

Will you be heading to ShopBlackBerry for the BlackBerry Z10 at this low price? Let us know with your comments.