Galaxy S5 may be easier to use one handed 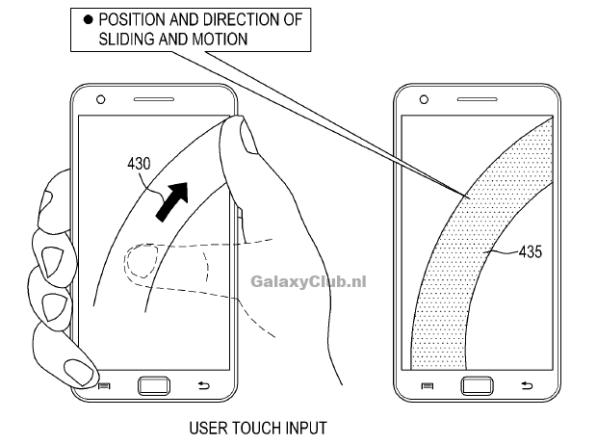 We could only be a few months away now from officially seeing the next flagship smartphone from Samsung, and as usual we are being treated to various rumours and speculation. Now it is being suggested that the Samsung Galaxy S5 may be easier to use one handed thanks to some alleged software tech.

While we have got used to hearing various claims about the possible hardware specifications of the Samsung Galaxy S5, when the company launches a new flagship device we are also treated to some new software features and a recent patent application is pointing to some neat new TouchWiz features that could be seen.

The patent application includes a feature that will allow the user to resize the on screen interface to their own preferences, which will see certain content pushed to a certain side of the display. Also instead of an app having a standard square window it can be altered to any shape on the side of the display.

This could certainly make the use of larger sized smartphones easier with one hand with the Galaxy S5 tipped to be the first handset to feature the new software technology that could see a slight increase to the 5-inch Full HD display the current model has.

The software could also be rolled out across a number of handsets including the Galaxy Note 3, where at times users may want to use the device one handed and this feature could aid this. It has to be remembered though many companies get patent’s approved for the technology never to see the light of day on a product released to the public.