Nexus 6 imagining looks ahead to Android 5.0 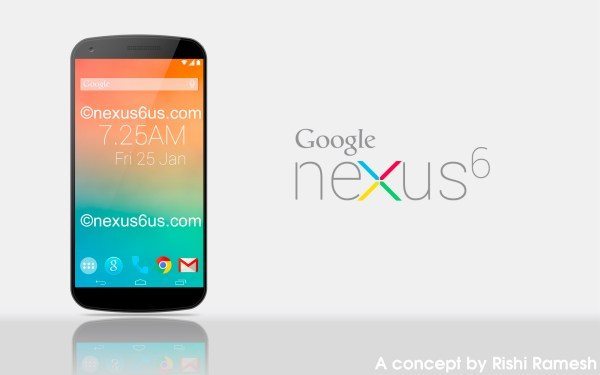 The Google Nexus 6 smartphone is a device that’s already anticipated despite the fact that the release of the Nexus 5 was only weeks ago. Today we have a Nexus 6 imagining to show readers, although we’ll point out from the off that this is a concept design.

Concept renders are a good way of getting a glimpse of what future devices might be like and this Nexus 6 concept was devised based on rumors about the Nexus 6 so far. It was designed by Rishi Ramesh for Nexus6us and Concept Phones provided some of the details.

Specs include a 2.5GHz Snapdragon 805 processor, a 5.2-inch display with resolution of 2560 x 1440, and 3GB of RAM. There’s also a 13-megapixel rear camera with optical image stabilization along with a front-facing camera and it runs Android 5.0.

Photo Sphere would get a complete overhaul and design-wise you’re looking at an aluminum build with Gorilla Glass. Pricing would likely be around $300 to $350. This isn’t the first concept for the Nexus 6 we’ve seen and undoubtedly it won’t be the last.

If you want to check out a couple of previous concepts we’ve shown then head here or here. It will be interesting to see how many styles and rumored Nexus 6 spec sheets we see between now and its likely release next fall.