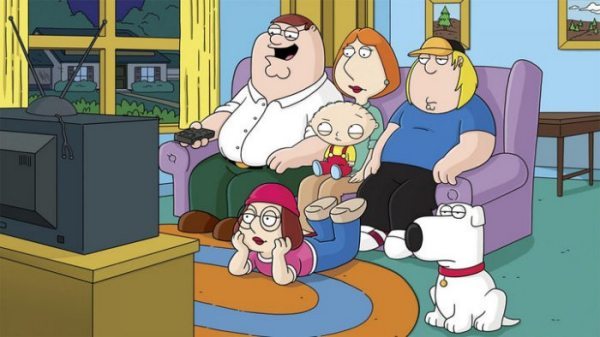 Family Guy Brian the dog maybe gone and no longer on earths planet, but hopefully we will be seeing him in the new mobile game for 2014. If you love gaming and Family Guy we now you will love the latest news.

A new Family Guy mobile game is going to release in 2014, and all the Family Guy characters will be in it. TinyCo will be working with Fox Digital Entertainment (Seth MacFarlane’s) to create a very good game for Android and iOS users.

The original animation and dialogue will be in the game, the animated series coming to life in a playable game is fantastic. It’s worked for The Simpsons with the Tapped Out game and many more.

There is not much information one release dates and game details but according to Polygon the game will include all the characters such as Meg, Brian, Peter etc and will be based on the entire 212+ episodes of Family Guy as well as current events.

There will be playable adventures through Quahog where recruiting of characters will be happening. It will be like you are playing in the comedy-animated show, as for now we have to all sit back and relax until further details have been released.

Are you looking forward to the new Family Guy 2014 Android, iOS mobile game?