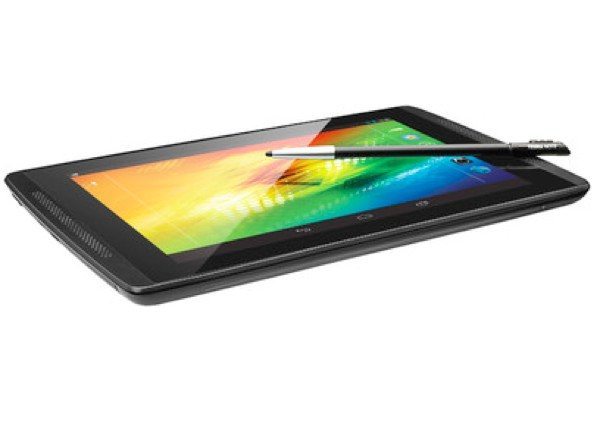 There is plenty of news from manufacturer Xolo at the moment and today we have details of the Xolo Play Tegra Note India price and launch. The new tablet will be officially launched at an event on December 16th, so there are just a few days to go.

This tablet was originally announced a few months ago as the NVIDIA Tegra Note. It packs a 1.8GHz NVIDIA Tegra 4 quad-core processor, 72 Core NVIDIA GeForce graphics, and a 7-inch IPS display with resolution of 1280 x 800 and 216 ppi.

Other Xolo Play Tegra Note specs include 1GB of RAM, 16GB of internal storage (expandable via microSD to 64GB), a 5-megapixel rear camera with autofocus, a 0.3-megapixel front-facing camera, and a 4100 mAh battery.

The tablet weighs 320g and is 9.6mm thick and comes in black. The price is Rs. 17,999 and it can be pre-ordered from Flipkart right now with an estimated release date of the third week in December. You might also be interested in details of the new Xolo Opus Q1000 smartphone here.

This is the first Tegra 4-powered tablet from Xolo, and we wonder if you might buy this device? What do you think of the pricing of the Xolo Play Tegra Note tablet? We’re always interested in what our readers think about new devices so do send us your comments.

UPDATED: The Xolo Play Tegra Note is now available via Flipkart at a price of Rs. 16,949.