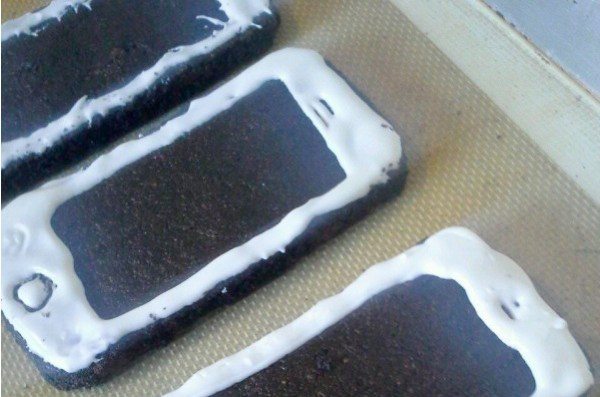 It all stems from comedian Randy Liedtke who had the bright idea to catch out the cops by baking cookies. However, as you might expect these were no ordinary cookies and in fact they were made to look just like iPhones.

Liedtke decided to play his prank by taking to the road and fooling police officers into thinking he was using an iPhone while he was driving and then asking them if eating cookies was against the law. Sounds pretty funny right, and it was until it all took a wrong turn.

The comedian finally saw a police car pass by and turned around to catch up with it so that he could play his prank. He took to Twitter to tell what was happening and then tweeted that he was being pulled over.

Liedtke then took a bite from one of the cookies and the police offer involved was initially confused about what was going on, but then became angry and told Liedtke to remain in his car while he checked something. The cop then returned to the car and told the comedian he had a warrant for unpaid parking tickets, at which point Liedtke has to go with him.

Some time later Liedtke tweeted again, “Wasn’t worth it. I’m an idiot. No more iPhone cookies.” There ends this sorry tale but it was almost worth it for the laughter it has given to people, maybe not as far as Liedtke is concerned though!

Did you enjoy the comic’s iPhone cookie prank? Have you ever played a prank that backfired? Send your comments to tell us.

One thought on “iPhone cookie prank amuses but backfires”