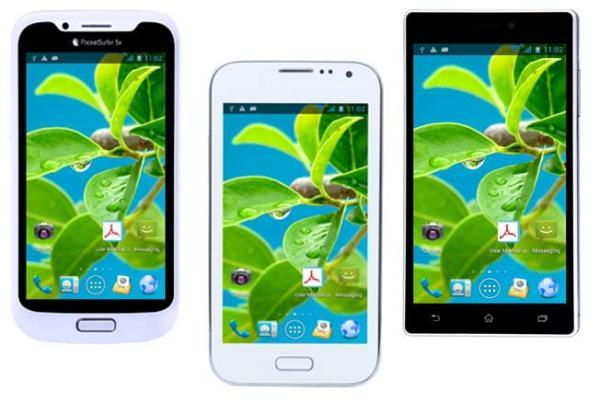 This year we have been seeing more smartphones being released that feature a 5-inch touchscreen display, as devices on the Android platform are increasingly growing larger. Today we have an unlikely comparison for you in the form of the DataWind PocketSurfer 5x vs. Nexus 5 for consumers in India.

While the Nexus 5 is one of the most sort after Android handsets currently available and features a 4.95-inch Full HD display that compares to the PocketSurfer 5x that has an old fashioned 5-inch resistive display at a resolution of only 400 x 240.

Under the hood of the PocketSurfer 5x is only a dual core 1GHz Cortex A8 processor while the Nexus 5 has the Qualcomm Snapdragon 800 quad core processor clocked at 2.3GHz with 2GB of RAM. The DataWind PocketSurfer 5x lacks in the camera department as well only featuring a front facing 0.3-megapixel VGA unit.